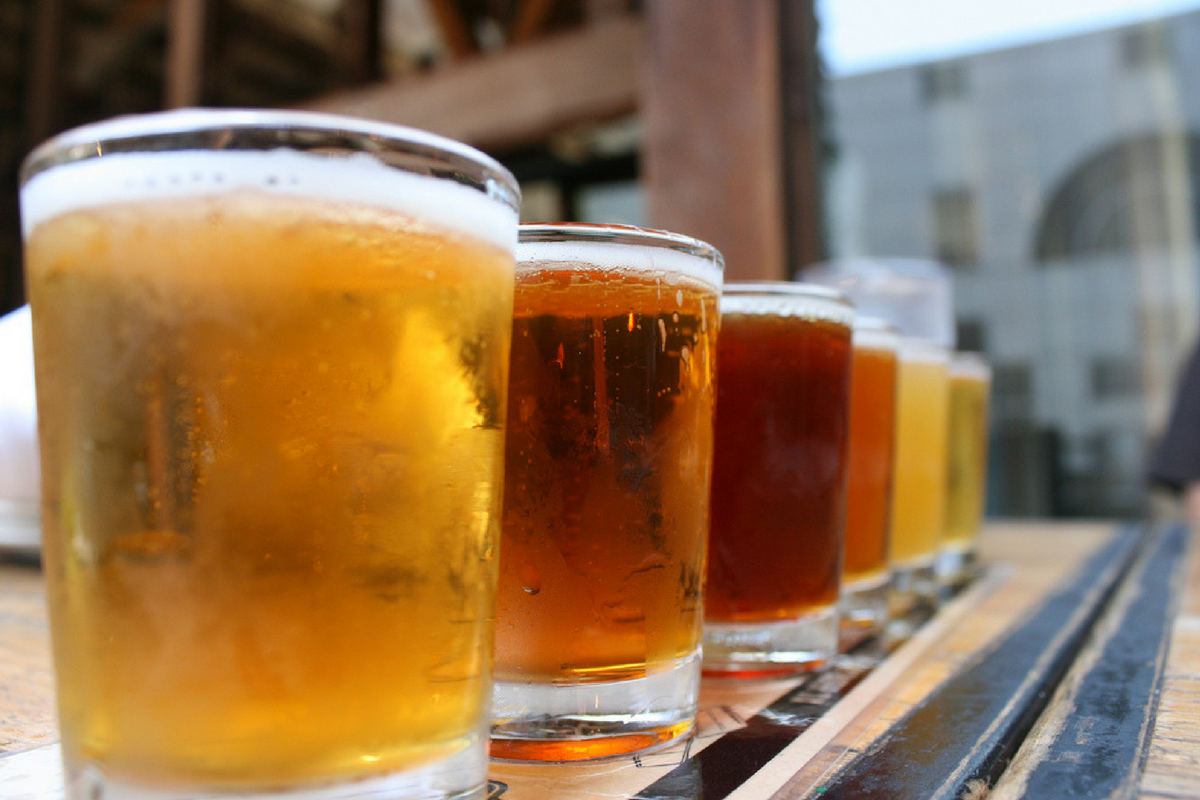 Beer. We all love the sound of that word, especially after a long week at work. If you’re on this site it most likely means that you also love travelling. Why not combine the two and create the ultimate experience? And we don’t mean cracking open a cold one on the road. We mean Beer Spas and hotels with breweries inside of them and more. Today, we present you with a very special travel guide.

It is a part of the drink trinity, alongside water and tea. Our ancestors invented it thousands of years ago. It is not only the oldest but also the most commonly consumed alcoholic beverage in the World. There are over 100 different types of it, with the most popular being Ale, Lager, Stout, Wheat beer, Porter, and IPA. It can be bitter, it can be sweet, it can be delicate or strong, dark, light, fruity or with a hint of chocolate. Anybody can find a pint that will suit his needs.

But how to make it? There are four basic ingredients that play a vital part in making this refreshing beverage: grains (usually barley, however sometimes other types can be used), water, yeast, and hops. Breweries first extract the sugar from the grains, so that the yeast can transform it into two elements, alcohol and CO2, so we can get the carbonated alcoholic drink. The whole process consists of malting, mashing, boiling, fermenting, ageing and bottling, and all that to give us adults our favourite treat.

But beer is not only made to be drunk. Don’t believe us? Read on.

They become more and more popular each year since people are looking for new ways to relax and have fun. But what exactly does a treatment in a beer spa consist of?

The advantages of beer have been known since Middle Ages. If applied correctly, it can be very beneficial for the skin and hair and yeast is often used in cosmetology. Beer spa consists of all-natural ingredients used in crafting beers, placed in special baths, where guests not only get to pamper themselves but can also drink unlimited amounts of the golden nectar. With the taps next to the tubs and the mix of hot water and cold lager, one can’t go wrong.

And where exactly should you go, to enjoy such a treat? Prague, of course! While there are such locations in other countries, Prague is the capital of the beer baths (not to mention, that it is one of the most important producers of beer in Europe). Beerland Beer Spa Prague, Purkmistr Beer Spa, Prague Beer Spa Bernard and Beer Spa Bahenec are just a few of the names.

There are plenty ways to celebrate beer, but the most spectacular is, of course, the festivals. The most famous one is obviously the Oktoberfest. It takes place each year in Munich, Germany, and lasts for up to 18 days! That’s a lot of time to enjoy yourself and drink as many pints as possible. But Oktoberfest, while it surely is very popular, is not the only beer event. The Great British Beer Fest in London, The Great American Beer Festivals in Denver, Colorado, Mondial de la Bière in Montreal, Belgian Beer Weekend, Pilsner Fest, National Winter Ales Festival and many more take place nearly each week for our enjoyment, especially in Autumn. There is even a Brazilian Oktoberfest in the city of Blumenau, as well as in Hong-Kong! Plenty of options for everybody.

Besides large festivals there are many local ones, some lasting for weeks and some celebrated on the weekends, but all revolving around the love of the golden drink. Many of them have taken it upon themselves to invent new brewing styles and beer flavours.

You can find beer-related locations in the places you travel to, or you can stay at a beer-related location. Many hotels all around the World open their own breweries to the delight of their customers. Some examples may be the Neuadd Arms Hotel, in the smallest town of Great Britain, with the six barrel plant, the Augustine Hotel in Prague, dating back to the 1284, and producing the wonderful St. Thomas Beer, enjoyed by Czech people for over 600 years, or the award-winning Watermill Inn & Brewery Co in Windermere, which doesn’t only offer top class lager, but is also 100% dog friendly, and what’s better than enjoying a cold one while playing with your best friend?

Best Destinations for the Beer Lovers

We’ve touched upon the spas and the festivals, but what are the best countries to visit, if you want to try a good lager?

The Czech Republic definitely tops our list. Many call it the capital of the beer world. Not only does it offer the variety of beer-related attractions but it also simply makes a great lager. Similarly, Belgium produces great amounts of Ales and Stouts. Just like Belgian chocolate, the Belgian beer is guaranteed to be delicious. Oktoberfest elevated Germany to the position of one of the leaders in global production. Other locations for the beer lovers in Europe are the Netherlands, UK, Ireland, and Scandinavia. All have perfected their craft over the centuries.

The less known location is New Zealand, that even hosts its own, yet another, festival dedicated to the enthusiasts of this blog post’s topic. Italy may also be a little bit surprising. Despite being known for its exquisite wines, New Zealand has experienced a boom of microbreweries, the same as in Japan, where the beer may soon beat sake to the position of the most famous Japanese alcohol.