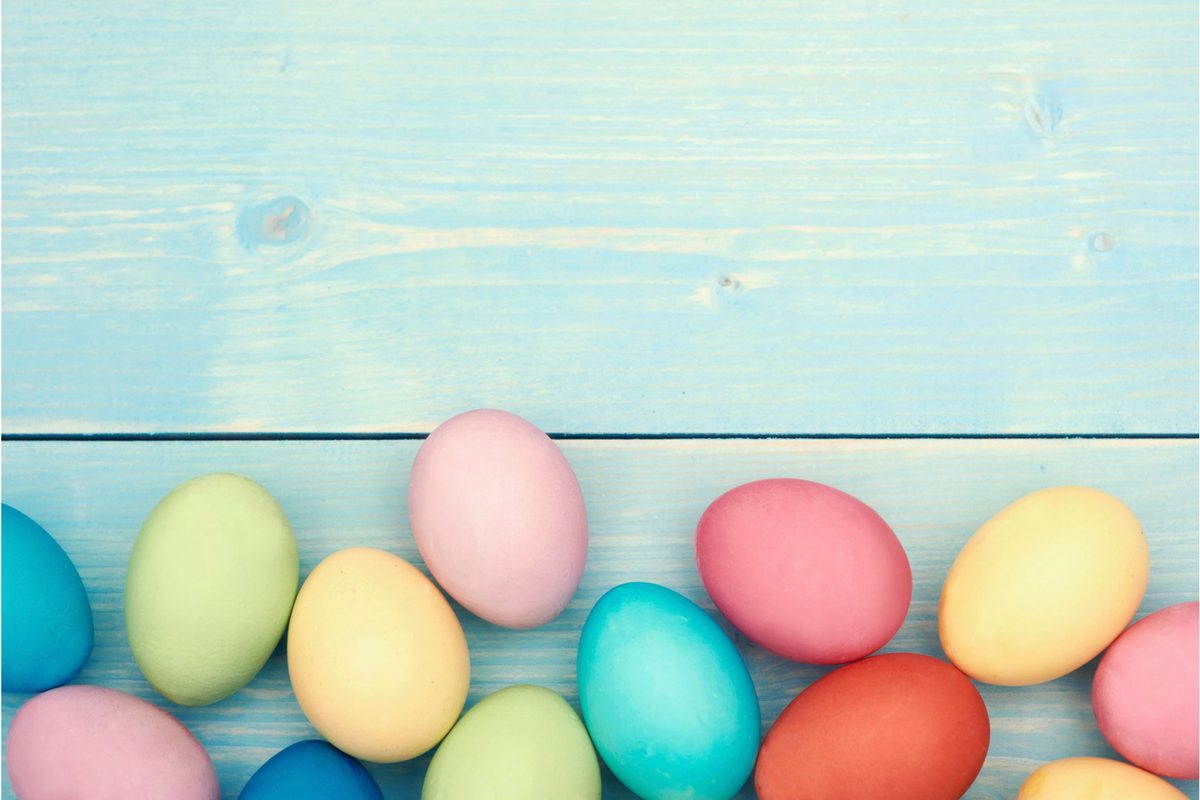 It is the second half of March and that means two things coming our way – spring and Easter. While we have already told you about beautiful spring gardens, we also want to talk about Easter. This holiday is one of the most important Catholic celebrations and it comes with many traditions that we want to talk about.

One of the most popular traditions is Easter Bunny. In English speaking countries, Easter Bunny is the one who brings the chocolate eggs and other treats in an Easter basket for children. They find it waiting for them when they wake up on the Easter Sunday morning. You might find the Easter Bunny tradition similar to the Santa Claus and you wouldn’t be wrong! It is also more of a tale for small children. In some places, Easter Bunny is said to bring the treats, but also to hide them in the house or in the garden. Then, the children have to look for them carefully and that’s how they spend Easter Sunday morning.

Another international tradition, that barely changes in different countries, is egg rolling. The basis of it is always the same – the further you can roll your egg down the hill, the better. If you are the winner, you claim the prize. Depending on the country, you can either collect all of the other eggs or gets some kind of treat or small prize. Afterwards, everyone eats the eggs that hadn’t broken during the race. If you are wondering how important this tradition is, just keep in mind that since 2009 the White House has officially organised this event. The event is usually organised for children and their parents, who are invited to the White House Gardens for the egg rolling races. The first time, in 2009, the Obamas organised it with a slogan “Let’s go play” to encourage kids to lead an active life.

This tradition is not as widely popular as the previous ones. Originated in the British Overseas Territories of Bermuda, the celebration symbolises Christ’s ascent. It takes place on Easter Sunday. Before, people of all age spend a long time preparing their colourful kites. Then, everyone goes out and flies their kite to the sky. As to the kites themselves, they are usually in the shape of a hexagon, always full of colours. In Bermuda, the kites are as much a form of art as they are a form of recreation and spending time with family. The view of the sky filled with kites is something really beautiful and worth seeing.

This Polish and Ukrainian tradition is widely known and liked, especially by children. It is very simple – the day following Easter, the boys run around and try to pour water on the girls. The girl who gets soaked first is said to get married during the following year. Right now though, the tradition evolved and now it is mostly fun for kids, who run around and play with water. It also has moved more to the interiors, as the original tradition meant for the people to play outside the house. Now, it is mostly for families to play around the house after they get up on the Easter Monday.

This German tradition has quite a dangerous potential. In some places, it is only the fire brigade who is allowed to set the fire in the village or a city. What is the tradition about, though? Well, there are several explanations. One of them is that the Easter also symbolises the time when spring wins the winter. The bonfires supposedly help with chasing the darkness and the cold away. A different story tells that the fires are lit to help fertilize the ground for the upcoming seasons. That actually still fits, as the ashes literally help with the crops and are a great fertilizer. Nowadays, Easter Fire has transformed into a sort of an event that gathers people together to eat snacks and drink beer or mulled wine.

Explosion of the Cart

Explosion of the Cart, or Scoppio del Carro, is a 350-years old Italian tradition that comes from the area of Florence. It consists of a cart filled with fireworks that goes around the streets of the city with people dressed in medieval clothes. Afterwards, the cart stands in front of the cathedral and the bishop lights up the fuse during the Easter mass. The fuse leads outside of the church to the cart and all of the fireworks make a huge display of lights and colours. The original meaning of the tradition is that it should ensure the good harvest for the whole of the land.

This tradition comes from the Greek island of Corfu. People take their pots and literally throw them from their balconies on the morning of Easter Saturday. There are two origins of this traditions. One takes us back to the Venetians, who are believed to have thrown their old pots out of their windows on New Year’s Day. In that story, the pot throwing symbolises the end of the year and welcoming of new days to come. The second story tells us that the pot throwing is the tradition of welcoming spring. It is also for good luck and good crops that people will be gathering in the new pots.

As you can see, holiday as globally known as Easter has many traditions. Some of them popular, some of them unknown, but they for sure are interesting. Do you have a favourite Easter tradition? Let us know!

If you want to check out one of the places we mentioned in the blog – let us help you with accommodation! Visit our website!