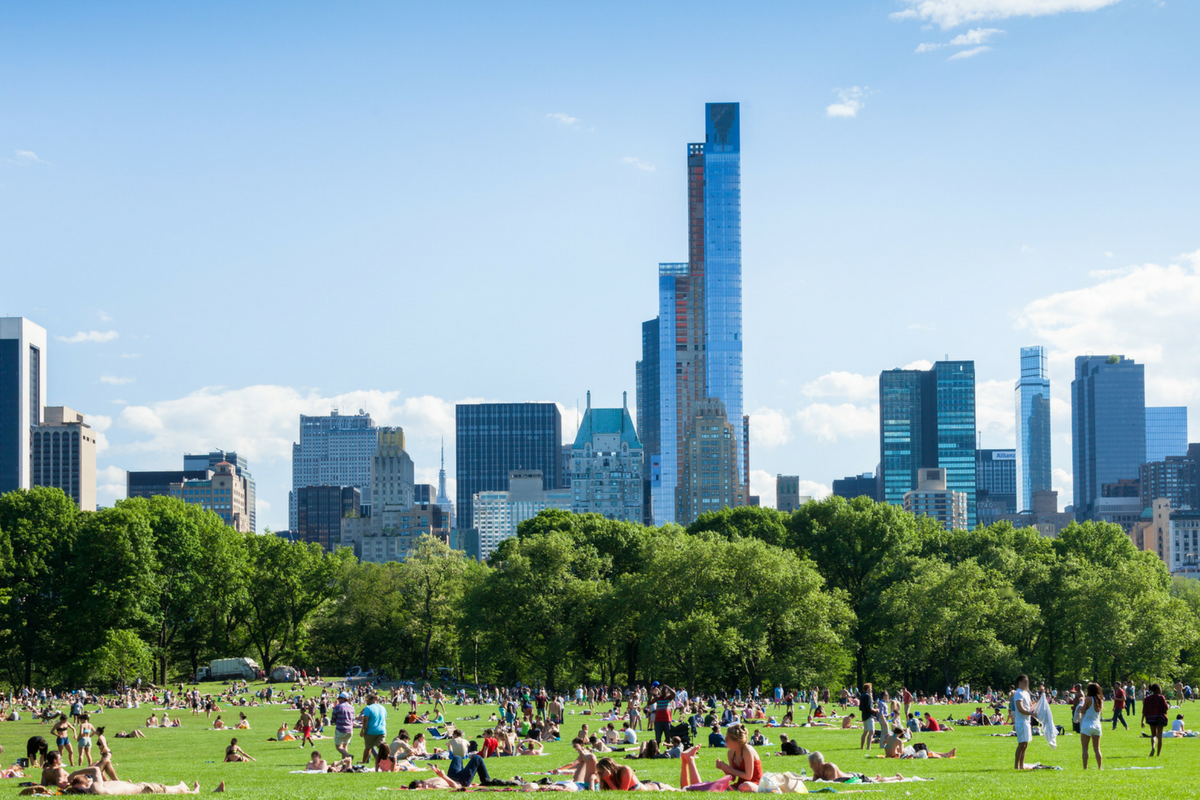 Today is the Take a Walk in The Park Day and to celebrate that we’ve made a list of some the World’s most beautiful parks. Enjoy!

If New York had to have a business card, it would be Central Park. One of the city’s most famous spots is the most visited urban park in the USA. Established in 1857 it is also one of the first major parks in the country.

It is located in a very surprising part of the city – centre of the busy Manhattan and may seem taken completely out of the context, but when you get there you realise that the area and the park go together like peanut butter and jelly.

It is definitely a place to see. Not to mention that it is one of the most filmed places in the world. So who knows, maybe during your scroll you’ll meet George Clooney?

Situated in one of the busiest areas of the city the Lumpini Park is a breath of fresh air for anyone seeking some peace and quiet. Often referred to as the „green lungs” of Bangkok the park does not only offer a place to relax in but also many possibilities for more active visitors. Plants, animals, gorgeous buildings and, especially, the amazing view of some of the city’s most modern districts contrasting with the still water of the ponds located inside of the park are something to see.

Just be aware – it is known for a big number of warans strolling freely all throughout the park. Definitely an unforgettable experience.

This magnificent garden with architectonic elements is sure to amaze you. The park located in Gràcia district was built between 1900 and 1914 and was given to the city of Barcelona by the Güell family in 1923. It officially opened in 1926 and became one of the main symbols of the city.

The Park was designed by Antoni Gaudi, a practitioner of Catalan Modernism. In 1984 as one of the Gaudi’s works it became a UNESCO World Heritage Site.

The organic shapes are scattered all around the park with famous mosaics and imaginative forms. It has surely earned its place on our list.

One of the Royal Parks of London the Hyde Park is also the largest of them. Created in 1536 it covers 142 hectares and is a beautiful green landscape in the heart of the city. Open from 5 a.m. until midnight it is a perfect spot for a run or simply a long walk. Perfect spot for both the summer and the winter (you simply must see the Winter Wonderland).

Hyde Park is a lovely getaway in the centre of the city.

Created in 1612 by queen Marie de Medici they are one of most famous features of the city of love. Split into French and English part they were grown to be the gardens of the Luxembourg Palace. And they definitely have something very royal about them. Hundreds of beautiful flowers, a large pond and even a forest are a house of over 100 statues, an impressive Medici fountain and the Pavillon Davioud. The Gardens are known to be a perfect place to relax in the middle of this very busy city.

Not only do they offer plenty of space for either long walks or family picnics but also are a place of many cultural events such as concerts or photography exhibitions.

This vast, located in  Taitō district park was built in 1924 thanks to an imperial donation. Three of the city’s most important museums are located inside the park, as well as a few temples, a concert hall and even a zoo. But what makes the park so special are over 2000 cherry trees that grow there. Seeing them blossom is an unforgettable experience that is sure to take your breath away.

Definitely worth seeing, this gorgeous place is an oasis in the middle of an always moving city.

This most famous park of the Netherlands is located in a central area of the city, close to some of its largest museums. Named after the 17th-century poet it is known for its open-air theatre. It is a lovely place for a stroll, very peaceful and wonderfully green. There are also many sculptures in the park such as Picasso’s “The Fish”.

It is a gorgeous place, especially nice for families with children since it has six playgrounds.

Inaugurated in 1954 to celebrate the city’s 400th anniversary the Parque do Ibirapuera surely deserves a place on this list thanks to its green paths but also many museums that make the park perfect not only for a long walk but also to see some beautiful paintings and sculptures. We especially recommend you to visit the Museum of Modern Arts.

One of the park’s most important places is the Biennial Pavillion, where many cultural events are held. Even the  São Paulo Fashion Week takes place in the Ibirapuera Park.

Its name translates directly to “English Garden”. It is one of the world’s largest urban parks and a wonderful place to see. There are many things that make the park so special. Firstly, the beer gardens with over 7000 seats and the situated there Chinese Tower. Secondly, the Monopteros, a copy of the Greek temple. And of course, the Japanese garden where anybody can experience a real tea drinking ceremony.

The park even has a meadow where nude sunbathing has been permitted. It is for sure one of the craziest parks from our list.

This situated near the downtown of the city park is almost entirely surrounded by water. What makes it so special is the fact that it was mostly formed by the forces of nature and simply development of the urban space rather than an architect.  The Vancouver Seawall surrounding the park is probably its most important feature and is perfect for both pedestrians as well as cyclists. Another interesting spot is the miniature railway.

Our favourite locations in the park are the Lost Lagoon and the Beaver Lake. They are perfect to relax and enjoy the sun.

A perfect getaway in the middle of the central business district used to be considered a sacred place by the Aboriginal Australians.

The park has plenty to offer. Firstly, it’s botanic garden known as the Western Australian Botanic Garden is a home to thousands of species of flowers and trees. Secondly, all the memorials located inside of the park such as the War Memorial, the Fraser Avenue or Bali Memorial. What else? Two large playgrounds for all the little visitors or the Aboriginal Art Gallery for those curious about this part of the Australian culture.

We chose this particular park because of its natural beauty. Many species of trees make it a perfect place to experience the beauty of Chilean nature but also to see many species of foreign plants. The park has plenty to offer for all the active people. Anybody can try paddling on the lagoon or have a barbecue using the standing grills at the back of the park. The  Chilean National Museum of Natural History is also located inside. A beautiful spot to have a relaxing day with the family.

We realise that we didn’t include many parks that also deserve a spot on this list. So tell us, which park would make the cut amongst your personal favourites?