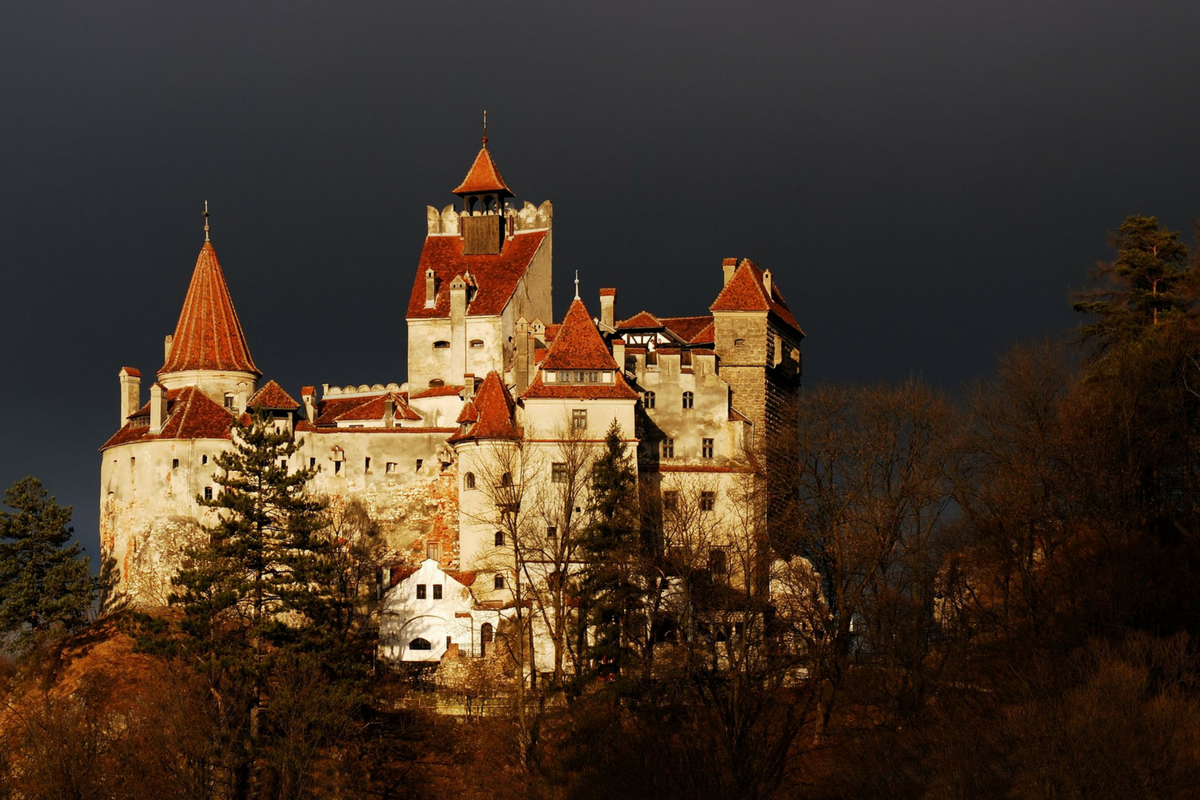 Halloween is here, we can feel its cold breath on our back. So to celebrate the scariest time of the year, we’ve decided to have a glimpse at some of the spookiest places on Earth.

Known as the most haunted place in the USA, New Orleans is the perfect Halloween destination. As the voodoo capital of the country, with hundreds of the reports of hauntings each year, it is sure to give you the creeps.

Its story is full of inexplicable events. Residents could spend hours telling all the scary stories they had heard. There are hundreds of places around the city that give visitors the goosebumps. The two most creepy cemeteries in the city, Saint Louis Cemetery No.1 and Lafayette Cemetery No. 1 are the perfect examples of that. In New Orleans, the bodies are buried in tombs above the ground creating quite an extraordinary ambience. Hundreds of thousands of people are buried in those cemeteries, including the Voodoo Priestess Marie Laveau. The Lafayette Cemetery was even an inspiration for the Anne Rice’s Interview with the Vampire. The city even has its own vampire.

More supernatural creatures are said to roam the areas of the New Orleans, including werewolves that supposedly live in the forests and swamps of the city. As for the voodoo, if you’re interested in it, you have to visit the Historic Voodoo Museum. There you can learn more about its history, evolution and rituals.

And if you like murder stories, visit the Lalaurie mansion, where Madame Marie Delphine LaLaurie used to torture and kill her slaves, or the Sultan’s Palace, where the young man from Turkey and his harem were murdered by an unknown person. Both are said to be haunted as well. If they won’t make you feel at the very least uncomfortable, we don’t know what will.

As one of the most haunted places in the world, Edinburgh is one of the most frightening destinations in the World. It is a centuries-old city, whereby there are hundreds of stories that have arisen over the centuries. There is even parapsychology in the field of psychology at the University of Edinburgh.

Historic buildings all around the city have witnessed dramatic events, many of them are haunted. The ghosts can be found almost everywhere and the city’s ghost tours are very popular amongst tourists. You can find scary destinations almost all around the city.

A great example is the Princes Street Gardens. It was once a swamp, where hundreds of witch trials took place. Suspected of witchcraft were thrown into the water – if they sailed, they were guilty if they drowned, they were innocent. Doesn’t sound like a fair trial does it? Around 300 people lost their lives this way. The swamp was also a place of many suicides and homicides. Only in the 18th century it was drained and turned into a park.

The most famous building in Edinburgh is its Castle, not only famous for its beauty. It is also said to be the most haunted place in Scotland. Once a young boy was sent through a corridor underneath the castle. He was a piper, that played all the way through to let the people on the ground know where he was. But suddenly the sound stopped. The boy has never been found, but in the basement of the castle have people can hear the sound of his pipes. The dungeons of the castle have also been said to be haunted. They have been the place of execution of many prisoners. Today, the visitors say they have an unpleasant feeling when visiting the dungeons. Like a presence, and a general bad atmosphere.

Another popular place to visit is the Mary King’s Close. It is the part of the Old Town. During the plague epidemic, Mary King’s Close was walled up, burying its inhabitants alive. Only in 2003, it has been made available for sightseeing.

Edinburgh is undoubtedly a gorgeous, yet grim and scary city, perfect for Halloween.

Other places on our list are full of scary stories, historical buildings, ghosts and ghouls. But Pripyat in Ukraine is a different kind of story. It is not witch trials and ghost stories that make it scary. It is the landscape of the city. Pripyat lays nearby Chernobyl, where the explosion of the nuclear plant that shook the World in 1986 took place. Pripyat lays in the Chernobyl Exclusion Zone, and the departure to this land is definitely scary. The post-apocalyptic landscape of this abandoned city creates an unrealistic experience.

Maybe you won’t hear the ghost stories when in Pripyat, but you will feel the unrest and the scary sensation when walking around those empty streets. Not because of the werewolves creeping behind the corners. But because of how scary the thought of this once becoming the reality for everyone. The apocalypse, whether by zombies or nuclear war is a common theme for movies and tv shows today. That’s what makes this city both fascinating and terrifying.

Sometimes it is not the entire city or region that’s scary, but one specific place. An example of that is in Poland. Czermna is a small village in the south of the country with a very unusual place of burial. At the Baroque Chapel of the Skulls, the walls and the vault are covered with about 3,000 tightly packed skulls and bones, of the victims of wars and epidemics. The Ossuary dates back to the 18th century when a local priest discovered that thousands of people were buried beneath the ground in the village. To prevent the desecration by wild animals, he collected them and placed inside of the chapel.

The visit to the chapel takes 10 minutes, unlike hours you can spend walking around the New Orleans, but those will be some of the scariest and most impactful minutes of your life.

Romania, in particular, Transylvania is known as the centre of the vampire World. Many of the tales about the creatures of the night and their characteristic were started by the Romanian people. Way back many epidemics caused deaths of thousands of people all around Eastern Europe. Without the tools, we know today people turned to superstitions to explain them. Around 17th and 18th-century people would dig up the bodies and find them with longer fingernails and blood dripping down their mouths. Today we know all of that is the normal aftermath of death, but back then the common explanation was that the dead wake up at night and feed on the living. That’s why they started to impale them and close the caskets shut. That created the picture of the vampires and the ways of killing them known today.

The most famous spot in Romania for all the Halloween lovers is the Bran Castle. It is said that the Vlad the Impaler used to live there, although it has not yet been confirmed. Vlad was the model for the Bram Stoker’s novel  Dracula. The castle does have a very spooky atmosphere so it makes sense that the most famous vampire in the history would choose it to be his home. See for yourself and you’ll understand why.