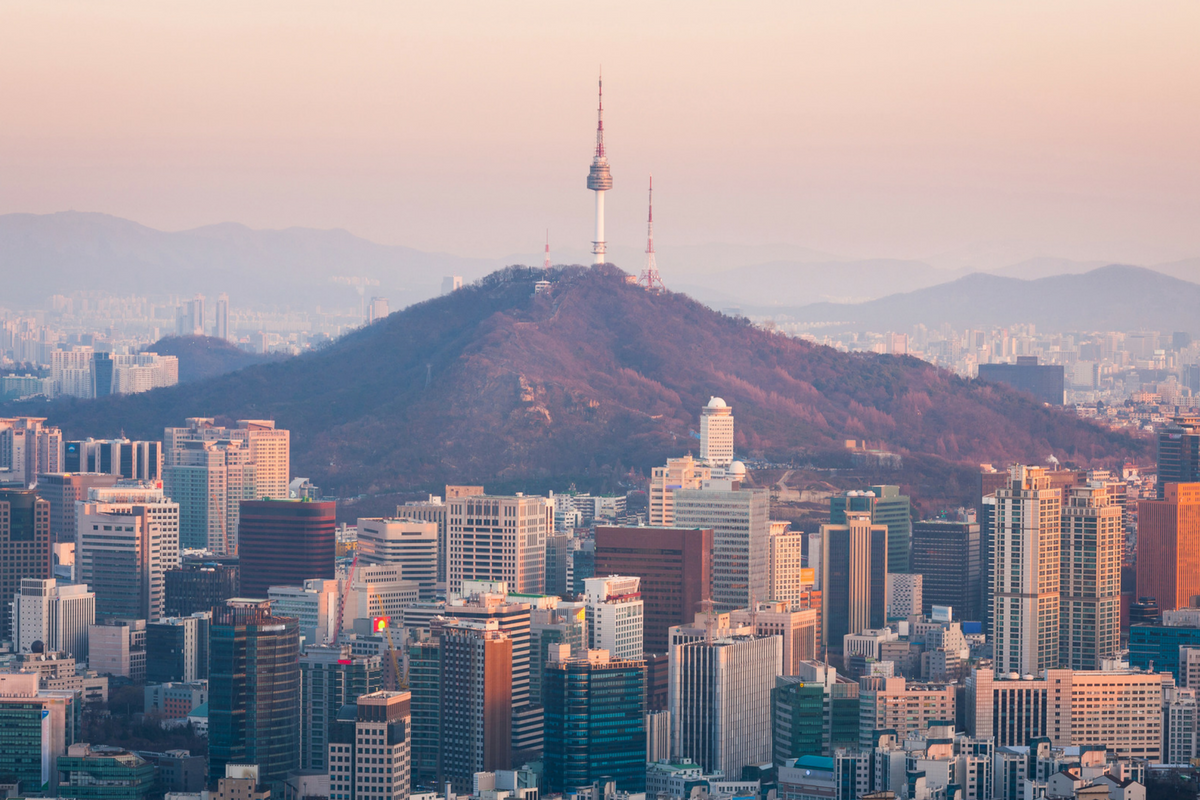 The XXIII Winter Olympics will take place between 9 and 25 February this year in Pyeongchang County, South Korea. But what if you are going to the Olympics, but don’t want to stay in one place? Maybe you will go there from another continent and would like to see as much as possible. Or maybe you just want to get to know the host country better. Whichever the reason, in this article you can read all about South Korea’s most interesting attractions.

Of course, we can’t talk about South Korea without mentioning its capital. First pieces of information about the city come from 18 BC. That’s when it first became the main city of the Baekje Kingdom. It had different names throughout history and became more significant as the time went by. After 35 years of Japanese colonial rule, the city, just like the entire country, gained back its strength.

Seoul has plenty wonderful sites. Possibly the most popular one them all is the Gyeongbokgung palace. As the biggest palace in the city, it is an impressive sight. Destroyed during the XVI century, it was later rebuilt during the reign of King Gojong in XIX century. Thankfully, not all parts of the palace were destroyed. Two of the most famous remaining edifices are the Gyeonghoeru Pavilion and Hyangwonjeong Pond.

A perfect way to learn more about the Korean history would be visiting the Korean National Museum. With thousands of artefacts on its several floors, it is a 2-day trip, but it will definitely be worth it!

Just outside of Seoul you can find the Namhansanseong Fortress. Once, its job was protecting the capital. Today, this ancient mountain city is a major tourist attraction.

Its oldest edifices come from the VII century. However, parts of it are much younger, many dating back to the XVII century.

Not only is the ideal hiking destination, with many beautiful, historical sites. It is also a great place to see the skyline of Seoul from.

The Historic Area of Gyeongju is the first UNESCO World Heritage Site of South Korea. No wonder, since this ancient capital of the Silla Kingdom offers some of the most mesmerizing views and interesting attractions in the whole country.

A major attraction is the Gyeongju Namsan Mountain. It is often called the ‘open-air museum’ because it is a home to many shrines and temples. Apart from that, there are also many Buddha statues and other remains from the Silla period. In addition, its scenery is simply gorgeous, making the visit that much more special.

When in Gyeongju it would be a great idea to visit is the Wolseong Area. There, one can find Gyerim Forest, perfect for a midday stroll, the Donggung Palace and Wolji Pond from the VII century, or the Cheomseongdae, the oldest observatory in the East.

Gyeongju is one of the most impressive places in the country, and you should mark it on your map when going to South Korea.

A popular destination that is very easy to navigate, yet truly lovely, is Bamboo Garden, by the city of Damyang. Juknokwon includes the bamboo forest, a gorgeous pavilion, artificial waterfall and walking paths.

The entire Damyang County is famous for bamboo trees and offers many activities connected to them. A great example is the bamboo perfumed hot baths.

Around the County, you can also find national treasures, including pagodas, pavilions, and more.

UNESCO Biosphere Protection Site, the Seoraksan National Park, is one of the most beautiful natural wonders of the country. Its scenery looks like a dream, with tall mountains, green forests, natural springs and ancient buildings.

Of course, while in the Park, you can just enjoy the nature. Take a hike, admire the beauty of the region, see the mountains peeking through the clouds, and make sure to breathe it all in. If you have more time, and like history, there are plenty options for you there.

One of them, is the Baekdamsa, a Buddhist temple. Originally from the VII century, due to its rocky history, the original building come from the 1950’s.

Another popular site is the Ulsanbawi Rock. While the hike to the top is not easy, it is worth the effort. As a reward, you will get an amazing view. Just remember to pack some snack and a bottle of water!

While in Korea, one of the most interesting places to see, is the Demilitarized Zone, DMZ. It is around 150 miles long, and 2.5 miles wide and serves as a border between South Korea and North Korea. It is a reminder of a war that divided the countries. It is also the most militarized border on earth.

While technically it serves as a truce line, it went through some turbulence. South Korean soldiers even found tunnels going all through the DMZ to the Southern part of the peninsula.

Visiting the Zone is possible, but under certain rules, that cannot be broken. A tourist visiting the Zone should have a valid form of identification and remember restrictions regarding taking pictures of the area.

We cannot forget about the host of the Olympics since it is also a beautiful place. Located in the Taeback Mountains, Pyeongchang has a rather cold climate, perfect for the games. The entire area is very popular among skiers and hikers. The ski resorts of Alpensia and Yongpyong make it a perfect destination for the winter sports lovers. On top of that, the Pyeongchang Hills are home to many ancient Buddhist temples. One example is the Woljeongsa Temple. Built between VI and VII century, it is a home of the Seongbo Museum and a Stone Seated Buddha statue.