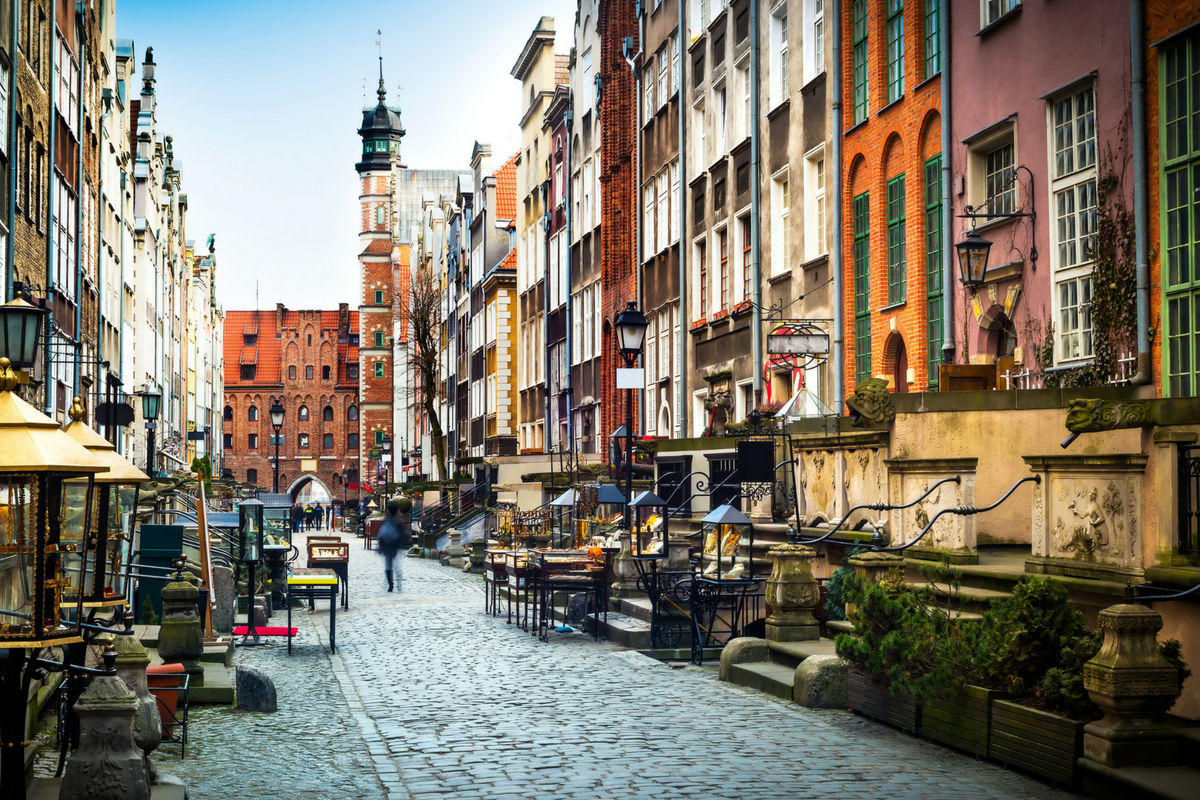 Among many other wonderful Polish tourist attractions there is the Tri-city: metropolitan area consisting of Gdańsk, Gdynia and Sopot. Each of them is unique and beautiful in its own way. And since they all have something different to offer, together these cities create the ideal weekend destination. In today’s post, we will take you on a walk through their streets and give you a few ideas on where to stay when you do choose to visit them!

Tri-City is a metropolitan centre including three connected cities: Gdansk, Gdynia and Sopot. It lies in the north of Poland, on the Gulf of Gdansk, covering an area of 414.38 km2.

The area is very well connected, with buses and trains going from one city to another all throughout the day. You can even get a ticket available for all of them. That makes moving between the cities very easy. As a result, most people visiting one city tend to go to the other two as well.

It is known as one of the most popular destinations in Poland, also among the Polish themselves. Thanks to its wonderful monuments and the proximity to the beach it is truly ideal Summer escape.

Possibly the most famous part of the Tri-city is Gdansk (pol. Gdańsk). The first mention of its existence comes from the late 10th century. Throughout the years it played a major role in Polish history.

It is not only one the most popular coastal city of Poland, but of the entire Baltic Sea region. What exactly makes it so special? It is incredibly rich in history and culture. When visiting Gdansk you should start with seeing the Długa Street (the Long Street) and Długi Targ (Long Market). Many call them the prettiest roads in the city. Some of the oldest houses on the streets come from the Middle Ages, however, most of them are from the modern era. Together they create a mixture of colours and figures. The most important secular buildings of the city the Main Town Hall and the Artus Court are at the Długi Targ.

The symbol of the city – the Neptune Statue is also one of its most popular attractions. It stands in Gdansk since the 17th century. The same century was the time of building the Golden Tenement House – one of the most beautiful buildings in the city and the Golden Gate.

The most characteristic building in the city is the Crane. It was actually the largest port crane in medieval Europe. It has the current form since 1444. As for the sacral buildings, the St. Mary’s Basilica is called the “crown of the city of Gdansk”. It is the largest brick, gothic temple in Europe.

In contrast to Gdansk, Gdynia is not a historical city. It is actually rather new. Its creation was started after Poland regained its independence it was completed in 1926. A thousand years after its older brother. Before a village, it was now a monument of freedom and a major seaport. Built primarily in modernism style it is still a gorgeous city, despite its young age. It became one of the most important cities in the country, growing from a small fishermen village to a major metropolis.

Gdynia has one of the highest inhabitants satisfaction rates. No wonder, since due to its late construction it has excellent transportation and architecture, alongside proximity to the sea and beaches.

The city has wonderful museums, such as the Gdynia Aquarium, the Museum of Emigration, Automotive Museum or The Museum of the City of Gdynia. And for the literature lovers – the Cottage of Żeromski, one of Poland’s most prominent authors. Two vessels are moored to the shore in Gdynia, which perform the functions of floating museums – The destroyer ORP “Błyskawica”, and sailing ship “Dar Pomorza”. On top of all that are its theatres, like the Musical Theater named after Danuta Baduszkowa with the second largest scene in the country, galleries and libraries.

Gdynia is also the host of the Open’er Festival, one of the largest annual festivals in Europe. There, the creators of electronic, rock and hip-hop music perform for a large audience at the span of few days.

And if you do want to see some older buildings don’t worry, while as a city it is rather new, it does have some beautiful buildings from the earlier centuries, especially churches. It is also ideal for those who like being active since it has any hiking and biking routes, as well as beautiful landscape parks worth visiting.

Third city – Sopot, yet again has a very different feel to it. It is a seaside and health resort, best known for the Sopot Festival song competitions organized there since 1961.

The first mention of Sopot comes from 1283. Starting from the mid-sixteenth century, rich patricians and diplomats from foreign countries began to build their summer residences in Sopot. In those times the first attempts to organize special places for sea bathing started. However, the baths had their beginning a bit later. It officially became a city in 1901.

The city has the longest wooden pier in Europe. It is over 511 metres long. Created in the 1820s it is the most recognizable landmark of the city. You simply cannot visit the Tricity without having a walk on the Sopot’s pier.

Among some of the most popular sites in the city is also the Monte Cassino Heroes street. The promenade is closed to traffic and goes directly to the pier. On its both sides there are picturesque stone houses, galleries, pubs and cafes. The most recognizable building there is the Crooked House. Built in 2004 it is on the list of the strangest buildings in the world.

Another important building is The Forest Opera. This amphitheatre, called by experts one of the most outstanding in terms of acoustics in Europe hosts the Sopot Song Festival. Such celebrities as James Brown and Whitney Houston sang inside the amphitheatre.

Sopot is also very well known for its gorgeous beaches and fantastic nightlife. People from the entire Tri-city go there to have a couple of drinks and dance the night away.

If you decide to visit the area, you will need a place to stay as gorgeous as the cities you’re seeing. Here are some of our recommendations:

To find even more perfect offers visit our website!