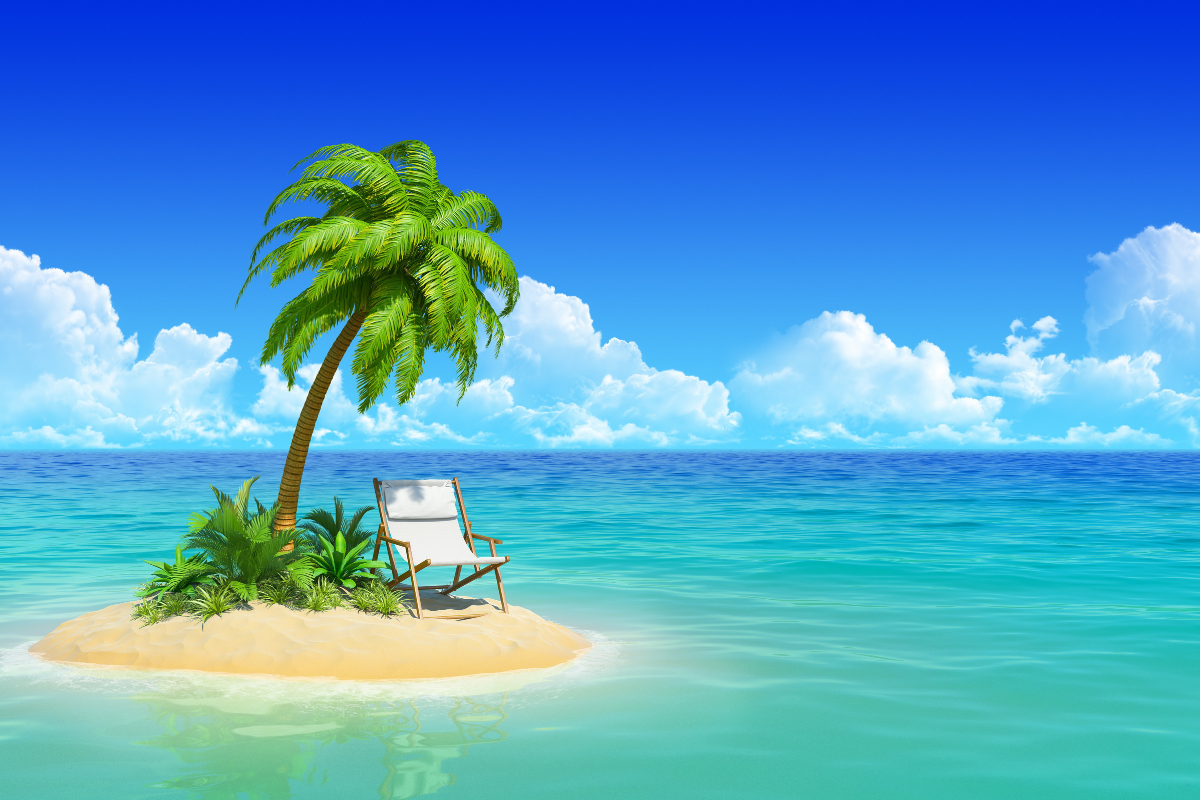 This week is Islands week and we are going to start off by exploring some hidden gems for your next beach holiday with a difference. They may be expensive but if you can afford it, they guarantee a little piece of paradise almost just for you.

At just 350m long and 50m wide, Mihiri is one of the smallest Maldivian islands, but what it lacks in size it makes up for in beauty – and luxury. Reopened to visitors in late 2014 following renovations, the island has 37 villas, four restaurants/bar options, a spa, gym plus an extensive range of excursions and water sports. The island boasts year-round whale shark spotting, 40 dive sites within easy reach, snorkelling tours and options such as a sunset sailboat ride
with a private barbecue under the stars.

This tiny Tahitian island is known as Little Bora Bora. While its rocky peaks and stunning lagoon are like its famous neighbour’s, its tourist scene is much more low-key. You’ll find none of the glamorous resorts with their overwater bungalows, but what you will find is a charming island with oceanfront guesthouses, a 10km coastline you can walk around in a few hours, and access to all the diving and snorkelling you’d expect.

Secret island holidays aren’t all just about lazing by the beach. El Nido Resorts’ adventure island Apulit, in the Philippines province of Palawan, offers as much for thrillseekers as it does for chillaxers. Guests can rappel down the island’s 60m limestone cliff for exhilarating views, take a dive around a shipwreck just offshore or go caving. The island – a 50-minute boat ride from El Nido – has 50 stilted water cottages, perched above the sea with views across Taytay Bay, surrounding islands and dramatic cliffs.

A tiny speck in the Indian Ocean, Medjumbe Island is described as a “tropical utopia”. The 1km long, 300m wide private island is part of the Quirimbas Archipelago. Its dazzling white sand and azure water are topped off with 12 luxurious thatched villas, each with a private plunge pool. Chilling out in your own patch of paradise might be enough but, if you’re feeling adventurous, options include romantic cruises, remote island picnics and whale-watching trips.

Santorini and Mykonos are the headline acts but Greece has 6000 islands, of which only 227 are inhabited, so visitors are spoiled for choice when it comes to discovering “secret” spots. One such getaway destination is Antipaxos, home to beaches so impressive they’ve been likened to the Caribbean. The small island has only a few residents, even fewer cars and no shops, but there are daytrips from Paxos and Corfu (check Expedia or your travel agent). If you want the beach to yourself after the day-trippers leave, there’s limited accommodation on the island.

Waiheke and Great Barrier Island hog the limelight among the islands off Auckland, but for the thrill of spotting rare wildlife, it’s worth looking to the lesser-known Tiritiri Matangi Island. The 220ha island is a wildlife sanctuary that’s home to one of the world’s rarest species, the flightless takahe, as well as other threatened and endangered bird and reptile species. Accessible by ferry, the island is an easy daytrip, but its birds, beaches and bargain accommodation may well entice you to linger longer.

Looking to go beyond Bali? In recent years, the Gili Islands, just a boat ride away, have emerged as “undiscovered” alternatives to Bali. And of them, Gili Gede is the lesser known. Reminiscent of the “old” Bali before mass tourism arrived, the island is ideally situated for diving and snorkelling the reefs around Lombok and the Gili Islands.

Not all Thai islands are about full-moon parties. Discovering under-the-radar island experiences is one of Thailand’s specialities. Take, for example, Koh Kradan, off Trang in the southwest. Accessed by longtail boat, the island has no shops, no roads, no vehicles, no village and no ATMs, just beautiful white sand beaches and coral reef. Most of the island is a national park but there are a few small resorts, such as Reef Resort Kradan.

If you’re really wanting to escape the tourists in Hawaii, Niihau is as remote and authentic as it gets. Known as the “forbidden island”, it is the smallest inhabited Hawaiian island you can visit. However, access is restricted, with only one option to get there: Niihau Helicopters runs half-day tours that let visitors spend a few hours there. Privately owned since 1864, the island is home to about 200 people who have preserved many of the traditional ways of life, including the Hawaiian language.

It’s a big call, but the marketers of PNG’s Conflict Islands are billing the region as “like the Barrier Reef used to be … only better”. And the reviews from the few visitors to have stopped in at the area’s only resort island, Panasesa, are glowing. It’s accessible by charter flight or four-hour boat transfer from Alotau.

In a region described as Tokyo’s “secret” islands, Shikinejima is the smallest populated island. A two to three-hour ferry ride from the city, Shikinejima offers beach swimming and unique seaside onsen hot springs. If the idea of awkward nudity has put you off the Japanese onsen experience, you’ll be pleased to know swimsuits are a requirement for the island’s free open-air baths. You can hire a bike to explore the volcanic island, and there’s free camping or a choice of small guesthouses on the island.

It’s the kind of place you come to rest and switch off, but a stay at this Tasmanian island comes with a warning: Your sleep may be disturbed by the hundreds of penguins and shearwaters that nest on the island. And by day, you may be too distracted by the dolphins, seals and the occasional whales that cruise past the island to get much of your holiday reading done. The island is privately owned by former Victorian Liberal MP Clem Newton-Brown, who has built a striking copper-clad eco-retreat on the waterfront that’s now available to rent.