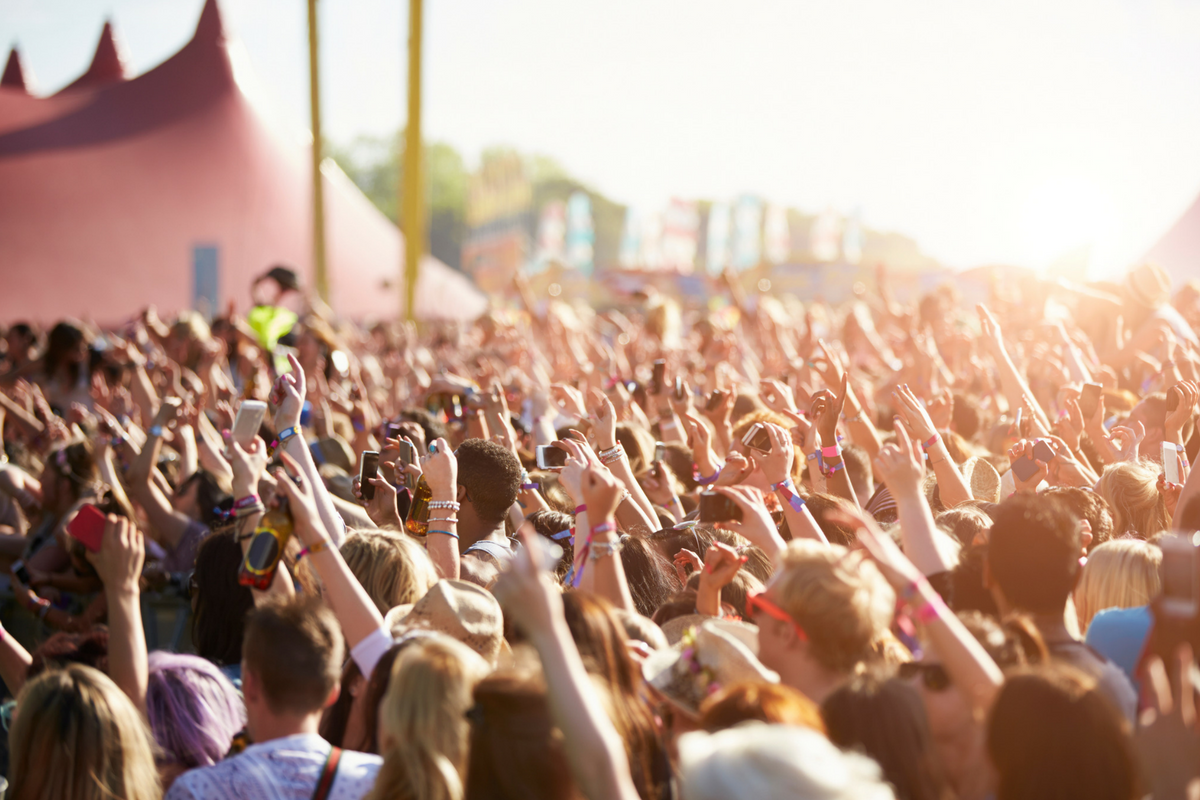 If you love music and travelling, then music festivals are the ideal way of spending your free time. Travelling to a new destination, seeing your favourite artists AND enjoying time with your friends? Sounds like a dream. That’s why, to make it easier for you, today I will talk about some of the most popular music festivals from around the World, that are yet to take place.

Let’s start with the largest greenfield music festival in the Word – Glastonbury. It takes place in the lovely Vale of Avalon and covers the area of 900 acres. With such enormous and many attractions waiting for the attendees, it is impossible to be bored there. In fact, Glastonbury recently won the award for the Festival of the Year. The most popular sites there are the Pyramid, Other and Silver Hayes. The atmosphere of the event is very freeing and truly one of a kind. All that together with amazing music guarantees a fantastic experience.

This time we are moving to Serbia. The Exit Festival, held in the city of Novi Sad is the country’s most famous musical event. In 2014 the festival got a prestigious title of the ‘Best Major European festival” during the EU Festival Awards. It is especially impressive since the venue was created in 2000. It is definitely one of the most popular festivals in Europe.

If you like the vibes of a festival, but prefer jazz to other types of music, then Montreux Jazz Festival is the perfect venue for you!  This festival takes place each July in Monteaux, Switzerland. The location itself is amazing, as it lies by the Lake Geneva. That is what makes it so special. Not only do you get fantastic music, but also the views to die for. Founded in 1967 it is currently the second largest jazz festival in the World. And although nowadays other types of music found their way into the venue, it is still an important destination for the jazz lovers.

A festival with an especially dangerous-sounding name is the Burning Man. This annual event takes place at Black Rock City (a temporary place, not an actual city) in the Black Rock Desert. You may think, that it takes its name from the scorching heat of Nevada. In fact, the name comes from the symbolic annual burning of a wooden effigy on the Saturday evening of the event. It started in 1997 and quickly grew. Today over 70,000 people attend the event.

Possibly one of the most popular festivals today is The Coachella Valley Music and Arts Festival. It takes place annually in April in Indio, California, in the Colorado Desert. It features artists from many genres of music. That includes pop, rock, indie and electronic music. To make the entire event more interesting you can find art installations and sculptures all around the venue. There are several stages around the area of the festival, and continues performances of various artists taking place at all times. It is definitely one of the most popular and in my opinion most fun festivals in the bunch. This year’s edition of Coachella already took place, but it is still worth a mention!

Let’s move to take part in The Magnetic Fields – the festival of contemporary music and arts. Held in an actual royal palace in a village of Alsisar, in the Indian region of Rajasthan, it is the place to be. On the location, you will be able to hear artists from various genres, from techno, indie and house to rock and reggae. It is almost like the biggest (and best) house party you will ever attend. And of course an amazing opportunity to visit beautiful India!

If you are more of a rock music fan, definitely go to Lollapalooza. Apart from an amazing name, this festival brings together some of the best rock, heavy metal and punk bands and artists from around the World. It takes place in Grant Park in Chicago. The entire event is not only full of music but also artists, dancers and comedy performances, making it an amazing place.

If you want to see how it would feel to actually live in a dream, go to Tomorrowland. It is known for fairytale sceneries. It also has some of the craziest parties out of all the music festivals on this list. This electronic music festival is one of the most popular in the World. It takes place in Boom, Belgium. It is so popular and wild, that there are even special aeroplanes that take people to the festival! And at the location, you will find incredible scenes, wild decoration and insane performances. You truly cannot miss this!

Also in Asia, but this time in Japan is one of the largest rock festivals in the World. The Summer Sonic is an annual rock festival held in two places – Osaka and Chiba. Very often most of the artists perform in both of these places. In one during the first day and the other during the second day. It is a very fun event full of amazing music and a great atmosphere!

Another Japanese rock festival is the Fuji Rock Festival. This annual event takes place in Naeba Ski Resort. It features more than 200 Japanese and international musicians and is the largest outdoor music event in the country. The name comes from the Mount Fuji, where the first festival took place. The festival includes other genres of music apart from rock, like hip-hop and indie music.

Whichever destination you choose, if you decide to go on a little trip around the location of the festival, go to www.bidroom.com to find the perfect accommodation!