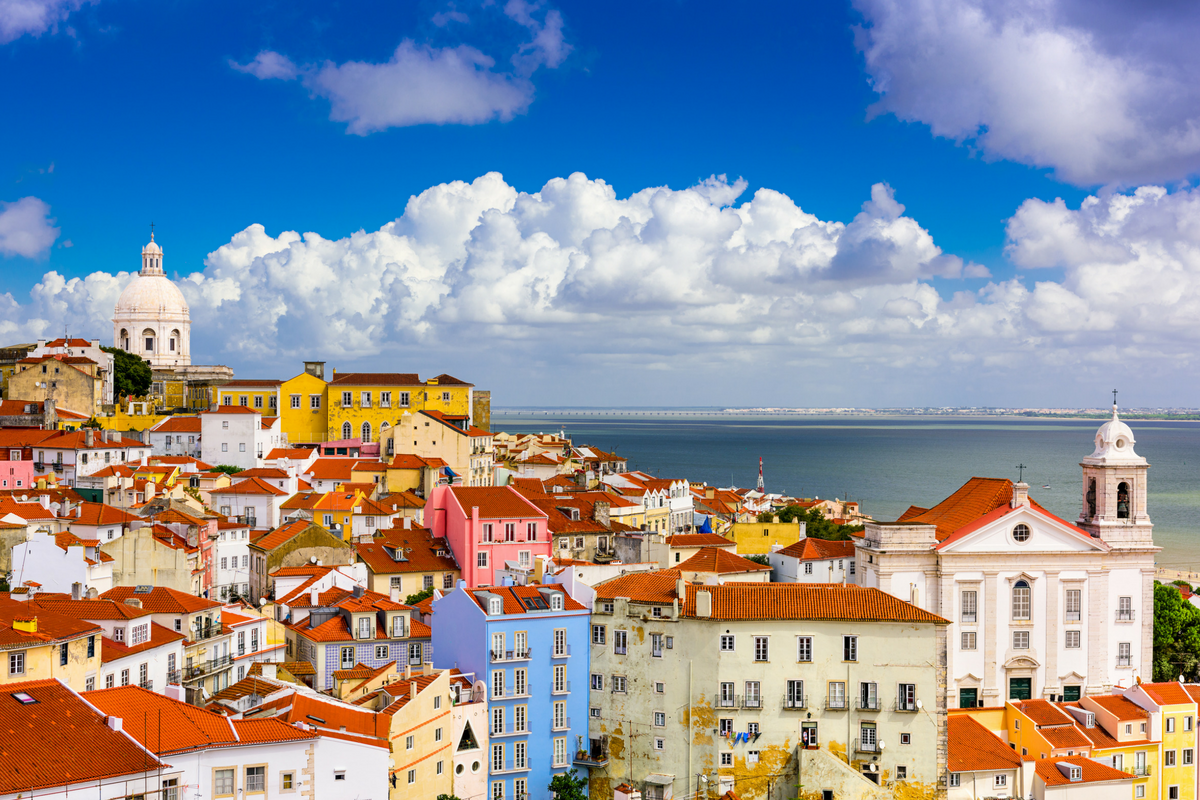 The postcard-worthy views, food that will take your breath away and places to visit that are like anything else in the whole wide world. If you are looking for a place to see and enjoy both visually and culinary, we are sure the capital of Portugal is a perfect place for you. Lisbon awaits!

Lisbon’s equivalent of yellow cabs and red double-deckers, tram 28 is the most popular ride in the whole city. It takes tourists through the most important places of Lisbon. While on the ride, you will get a glimpse of St. George’s Castle, Alfama, etc. Also, you will pass by Graça, Baixa and Bairro Alto.
However, do not expect air conditioning and luxurious wagons, as many tram lines in the coastal city of Lisbon comes from the World War II. The ride will probably be a little shaky, but the views, the atmosphere and the city will make you feel like this is just one of the great aspects of this touristic experience.
And remember, since the tram ride is one of the most popular tourist attractions, it will for sure be crowded. If you don’t want to wait long, try to get there early in the day.

The hilly neighbourhood in Lisbon is worth seeing, no matter if you take the tram or walk around and treat it like a workout. What’s so picturesque about Alfama?
The whole district dates back to the Middle Ages. You can see it in every single stone of the cobblestone streets. Additionally, the place is full of small, climatic restaurants, tiny shops and traditional Fado clubs.
People say that if you really want to get to know Lisbon, go to Alfama. Appreciate the street art, let the atmosphere sink in and take some time to get lost in the district.
Don’t rush through it, spend a day there and breath in the climate of this amazing place. Grab a drink, sit for a coffee, eat something and ditch the map. You won’t need it.

If you like the great views from the reasonable height – add Santa Justa Elevator to your bucket list for Lisbon.
Built in the 19th century, since its creation it was a landmark for people to use it as a viewing point in the city. Earlier, it used steam power to power itself and for the elevator to work.
Besides being a place to charm you with the picturesque panorama of the city, Santa Justa Elevator is also used by the citizens as a shortcut between two hilly parts of the city.
Interesting fact for the people interested in art and architecture – the whole building was designed by Raoul Mesnier du Ponsard, who took his lessons from the Parisian Eiffel Tower’s designer – Gustave Eiffel.
We highly recommend checking Santa Justa Elevator out and letting its gothic glamour sink into you.

The historic waterfront is one of the most important districts in Lisbon. Not only is the place where the city reaches the sea, but also a home to some of the most famous and significant landmarks.
What can you see in Belém? For example, the port which remembers Vasco da Gama and Christopher Columbus while they were sailing and discovering the new parts of the world. Another thing is the Belém Palace, the home of Portugal’s president. Before, it was a home to every monarch, but since Portugal has established its republic, the presidents began living there as well.
The last thing we will mention in Belém is the Belém Tower. What looks like a tiny castle that floats in the water is actually fort that used to serve as the first line of defence for Lisbon’s port. People can go inside and see the interiors of this beautiful building that has been named a UNESCO World Heritage Site. We highly recommend.

The old fortress of the Romans, Visigoths and Moors that will give you not only a piece of historical knowledge but also an amazing observation deck in Alfama – St. George’s Castle. When it was taken by the first Portuguese king, Afonso Henriques, it was already a palace.
Because of its charm and beauty, luckily, most of the relics, including the old cannons, towers and a camera obscura, have stayed in close to perfect condition. If you have some time to spare after visiting the castle, there are also gardens and monuments around it. Example? The archaeological museum.
As an attraction itself, you can visit the castle and see all the relics, which people confirm are in really great condition, considering the time they’ve lived through.
Remember about the hills, though! Lisbon is a city that mostly consists of hills, so take comfortable shoes before reaching the castle. It is located in one of the highest spots of the whole city.

Of course, when in Portugal, you cannot forget about Portuguese food. It is a true feast for your stomach.
As a city with the port and sea access, you can easily find some fresh seafood. For example, Ameijoas and Bulhao Pato! A traditional Portuguese dish, consisting of cooked clams, usually served as an appetizer.
However, despite the sea access, Portugal is a country of meat, the heavier one. Beef stews, cooked meat, fried meat – everything! The country is full of meat flavours and here you have some of the examples. Rojoes a Moda Do Minho – pork loin cooked in the same pig’s lard, Feijoada Transmontana – bean stew with pieces of shredded meat and Cozido a Portuguesa – the king of all meat stews.
Be careful with your order though, you might explode from deliciousness you will be served on a plate!

We hope we managed to convince you to visit Lisbon with all of its beauty, architecture and atmosphere. Here in Bidroom, our friends tell us all about the beautiful country and its amazing capital.