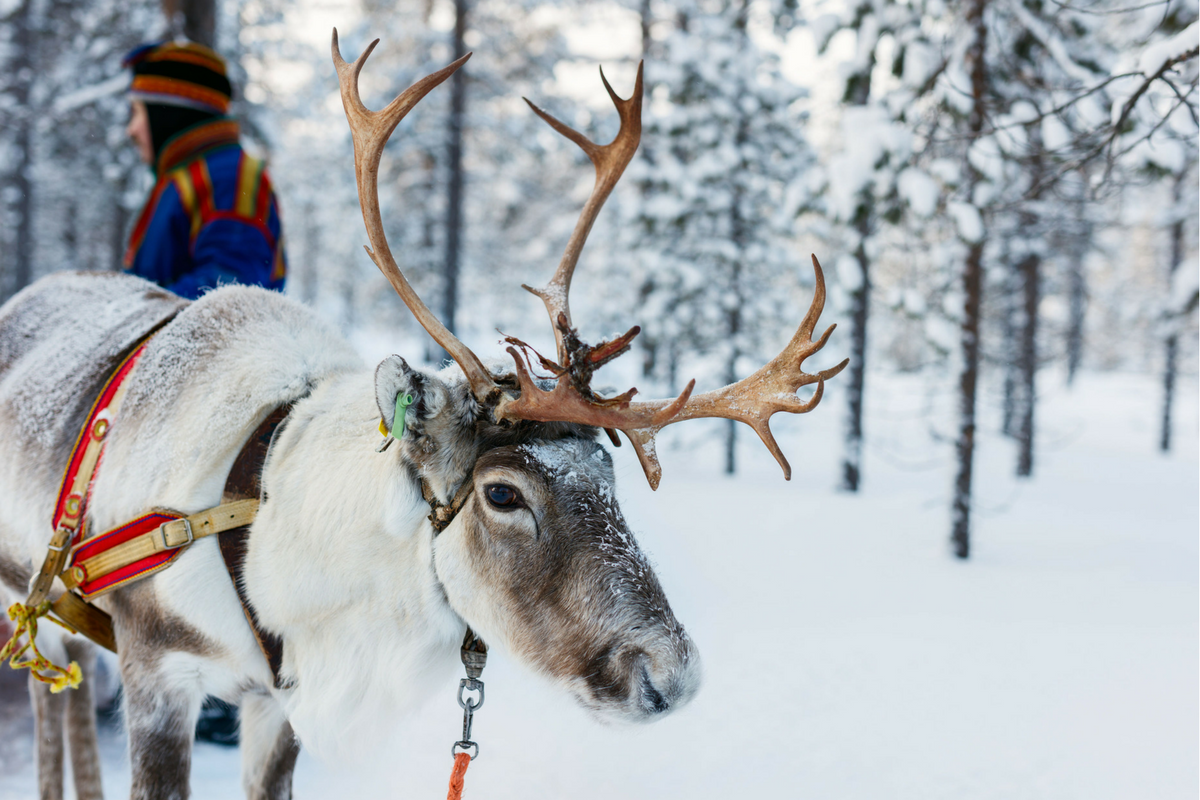 When asked “What’s in Laponia?” most people will be quick to answer “Santa Claus”! That’s what we’ve been told. And that is the only association most people have with this mysterious land. Many don’t even realise that Laponia is real because the association with Father Christmas is so strong, that seems to be a part of the myth. And while it is not a separate state, it is most definitely real and has much more to offer than a background to a story explaining the Christmas presents. Walk with us through this mostly untouched terrain and learn what truly makes it special.

The word “Laponia” refers to a geographical area, now mostly in Sweden, with some parts also in Finland. The entry to the region lays in the village of Porjus The area is about 9,400 square kilometres and mostly untouched by the human. The area consists of mountains, lakes and forests, making it a truly diverse space. It is, of course, a cold land, with long winter that endures, as other parts of the World in the far North, six months of darkness.

Swedish Laponia had been made a UNESCO World Heritage Site in 1996. No wonder, since its cultural and natural values. It is the largest unmodified nature area in the world, that is still cultured by natives, the Sami people.

An impressive 95% of the area is either a national park or a nature reserve. No wonder, since such beautiful landscape should be preserved. Four national parks of Sweden lay in Laponia. Those parks are Muddus, Padjelanta, Stora Sjöfallet and Sarek. Each different, but each absolutely stunning.

Sarek is a true ice kingdom, with summits higher than 2000 metres, covered in snow and nearly 100 glaciers. It is a high alpine area.

Muttos is the land of forests and wetlands. With rivers and waterfalls, it is an almost fairytale scenery. You almost await a magic creature to come forward.

Stora Sjöfallet is a green, yet a mountainous area with pine forest and beautiful hills, while the Padjelanta is primarily a vast plateau surrounding two large lakes of Vastenjávrre and Virihávrre.

One of the many reasons, why Laponia is so important to the World, are the indigenous peoples that live there, the Sámi. There are around 80 000 of them in the area. First people inhabited it around 8 000 years ago. Through the millennia, they found their way to adapt to the extreme conditions they live in. Up to this day, they live in harmony with nature. But still, they do not harvest more than they need, living their surroundings in balance that can rarely be seen in the Modern World.

While the Laponian people now live mostly in permanent hurts, they still migrate occasionally, depending on the reindeer trails. Sometimes they even use the traditional Goahte tents, usually for a few weeks each year.

Rudolph, the Red-Nosed Reindeer, and All of His Brothers

An integral part of the Lapland’s landscape is the reindeer. These beautiful animals have been inhabiting these areas for thousands of years. More precisely, since the last ice age. They are a migratory species. During the stone age, humans followed them all the way up to Laponia.

Today, the reindeer are half-domesticated. Almost all come from privately owned herds, but their migratory behaviour is preserved. Moving the animals from place to place is important for their survival.

Reindeers help to fertilize the earth and maintain the landscape of the area as we know it today. They are crucial for both nature and economy of the area.

How did Santa wander to Finland?

But what about the myth? Every child in Europe knows, that Santa lives in the far North. Versions vary but it is typically either Laponia or the North Pole. But how did Santa even get there?

While geographically Laponia belongs mostly to Sweden, some parts of it are in Finland and Russia. The Finish area is where the Santa Claus supposedly lives. But the original Father Christmas comes from a far warmer land. Originally, according to the legend, it was the Nicholas of Mira, Turkish bishop. He was famous for giving gifts to poor people and children. He often threw pouches with money and gifts through… the chimneys. But how did he wander to Finland?

The reason is very prosaic. A Finnish radio operator in 1927 in a broadcast for children claimed that Korvatunturi, a hill in a shape on an ear, listens to children’s wishes and passes them to the Santa Claus.

After ZSRR took over parts of the area, the Finish moved Santa to the city of  Rovaniemi, known as the “gate to the Arctic”. Santa’s Village hosts tens of thousands of visitors each year and offers many attractions, such as ordering a gift with a delivery, or a picture with Saint Nick. What used to be a lovely story is now a lucrative business.