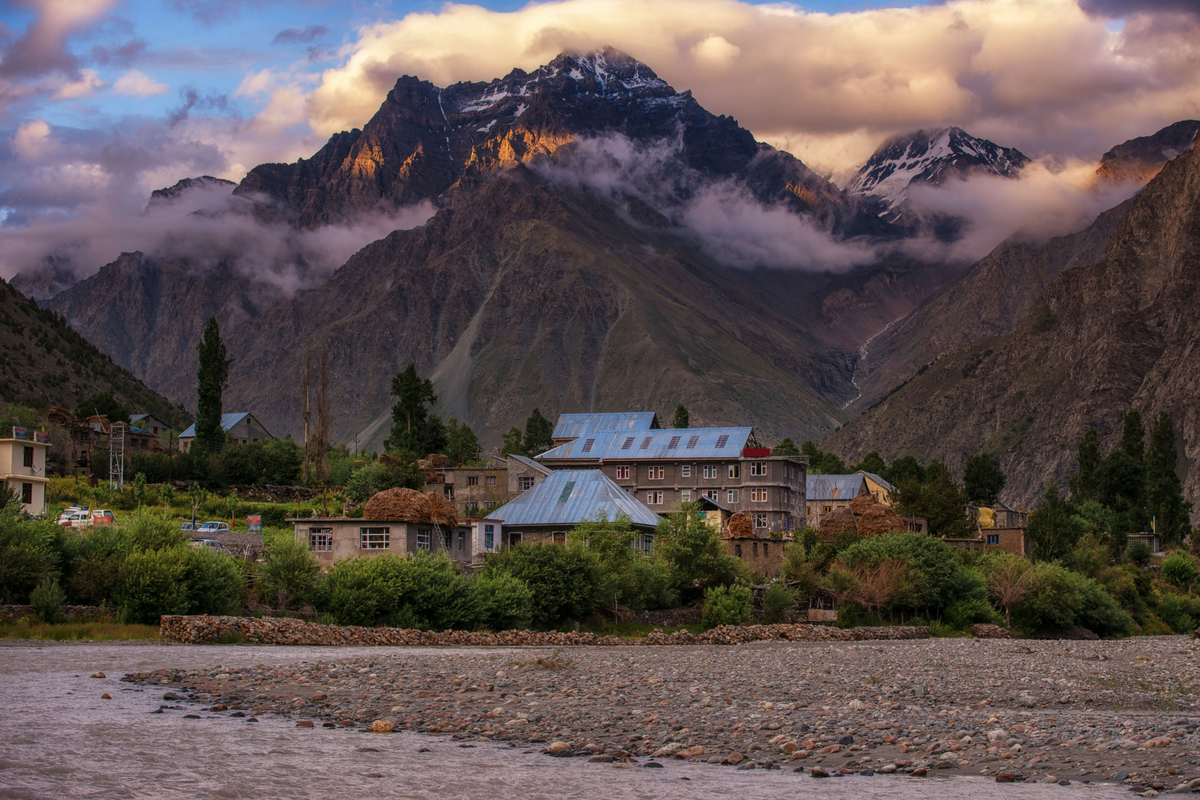 When thinking of India, you probably picture the grand Taj Mahal or the crowded, colourful Mumbai. However, the country has much more to offer and one of the many places worth seeing is definitely Lahaul and Spiti district in Himachal Pradesh – a full of Tibetan-influenced culture, a mountainous district in the Himalayas that many people overlook.

What is Lahaul and Spiti?

Lahaul and Spiti, an arid land desert with snow-topped mountains and patches of villages here and there, is one of the districts of Himachal Pradesh. What’s interesting is that by the numbers it is geographically the biggest district in the whole state and at the same time, the density of the district is roughly 2,3/km2, making it the second smallest district in India in terms of population.

Another thing that makes Lahaul and Spiti differ from all of the other districts is the fact that this is the only place, which has seen its’ total population number decreasing in the last 10 years. The reason for it might be the extreme poverty the local tribe lives in, but also the harsh geographical and biological conditions they have to face all the time. The high location of the district (over 4000 metres above the sea level) makes it hard for the plants to grow and the animals living there have been hunted for so long that many of them are now endangered.

The rawness of the landscapes is one of the reasons why Lahaul and Spiti are worth seeing and the culture is another one. Being located just next to the Tibetan Plateau, the cultural impact of Tibet is much more visible than the Indian. The villages, the celebrations and the monasteries – all of them come from the Buddhism and enchant the visitor with their colours and beauty. Here are some examples:

Tabo is a small town located in the Spiti Valley, on the bank of Spiti River. It surrounds one of the district’s most known landmarks – The Tabo Gompa, over a 1000 years old Buddhist monastery. It is said to be the place, where the Dalai Lama himself would wish to retire, as the Tabo Gompa is considered to be one of the holiest monasteries.

This gompa is said to be found in 966 A.D., which makes it the oldest continuously operating Buddhist enclave in the world. It now consists of nine temples, four decorated stupas, and cave shrines. While visiting the monastery, you can still see the original iconographic that have been created almost 1000 years ago and still are, believe it or not, in great condition.

Historically speaking, the monastery was one of the links of the land belonging to the ancient Tibetan monarchy. The monastery is considered to be the “daughter” of the then-ruling Tholing monarchy, whose contribution to the development of Buddhism in this region of Himalayas was so incredible, it now called chi-dar, the second spreading of Buddhism.

The monastery near the Kaza town, known for its colourful celebrations of the new year, called the Gutor festival. The name ‘Gutor’ actually means ‘the day before the New Year’, which indicates the dates of the celebration. However, we cannot confuse our New Year’s Eve to the Tibetan New Year’s Eve, because the calendar of Tibet is actually quite different from ours – there, the year actually begins around the end of February and that is the time the festival takes place. It lasts a whole week and is marked by whirling chaam dances performed by masked lamas (Tibetan Buddhist priests) that symbolise their prayers for good fortune for the year ahead. The beauty and uniqueness of the celebrations bring all of the nearby villagers and the tourists in the reachable distance of the monastery.

The chaam dances, where the masked lamas twirl around the monastery’s courtyard last throughout the morning until the afternoon, with a short break for lunch (free for everyone that attends the event). The visual aspect of the celebration truly is incredible, however, to see it, you have to be at the right place at the right time –  in the short distance of the Kaza town, at the end of February.

The main town of the Lahaul region and the whole district’s capital, is, sadly, overlooked by the most tourists and is actually treated like a stop to reduce the risk of the altitude sickness, really common in these regions of the world. In spite of the beauty of the town that itself, the beautiful nature surrounding Keylong, the waterfalls that one can see while travelling there – people quickly leave the capital and rush to Mandali or Ladakh. Few stay to explore and take in everything that this small town (its’ population is just over 1100 people!) has to offer – the visuals, nature, the picturesque gompas – so much to see, yet so many people overlook it.

Lahaul and Spiti, the region as unknown to people as it is enchanting, wild and beautiful in its’ own way. It allows us to get a little closer to the Tibetan culture as well as the Himalayas – the scariest and biggest mountains in the world. The atmosphere of peace and seclusion that surrounds this district is something incredible and the possibility of seeing the holiest places in the Buddhist culture and witnessing the colourful celebrations simply takes our breath away and makes us wants to quickly book the tickets.