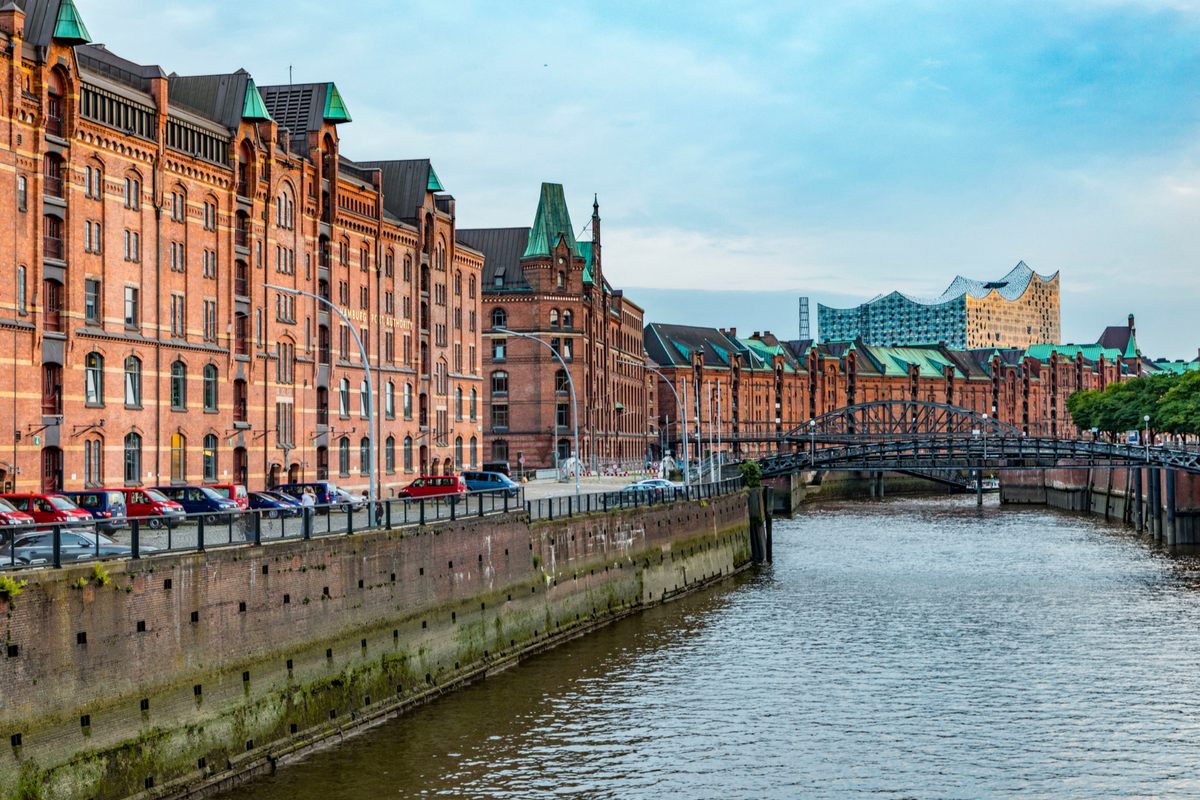 Being called the Gateway to the World is quite a responsibility, but Hamburg seems to be doing just fine, holding the title for centuries. The second largest city in Germany, the largest seaport in the country, a major industrial and financial centre, and the European Green Capital. Hamburg has plenty to offer, and we don’t only mean the historical sights. See it for yourself.

The City of Bridges

When hearing the name “The City of Bridges”, places that usually come to mind are Venice or Amsterdam. However, not many people realise, that it is Hamburg that has the most bridges in the World. In fact, more than both Venice and Amsterdam combined. The exact number is difficult to name, but most people estimate between 2,300 and 2,500. These numbers include not only those across rivers and canals but also across roads and rails.

The most famous bridges of Hamburg are the steel Brooksbrücke from the 19th century, the Poggenmühlen-Brücke from the Speicherstadt, the 17th-century Ellerntorsbrücke and the picturesque Lombardsbrücke. But that is just a fraction of the list.

The Biggest Japanese Garden in Europe

Hamburg is a city of many records. Another one is the Japanese garden. It is actually the biggest Japanese garden in Europe, and one of the city’s main attractions. It was designed by the landscape architect Yoshikuni Araki. It is the favourite place of Hamburg’s the citizens for a Sunday stroll or a romantic date.

Inside the garden is the tea pavilion, where classic tea ceremonies are held between May and September. Often, inside the pavilion workshops regarding Japanese culture take place.

Another part of it is the rose garden, with over 300 varieties of the flower.

A rather unusual attraction is the fish market or the Hamburger Fischmarkt. Every Sunday between 7.00 and 9.30 a.m, the citizens, and often the tourists gather, to get the fresh products. Mostly fish, but you can also find flowers, fruits, and even clothes and souvenirs. Many go there to enjoy a morning coffee and just enjoy the atmosphere of the place. And it is quite the atmosphere. Vendors shout at buyers, trying to attract them, there are hundreds of people at every corner, live music is playing in the background, all that as the city wakes up from sleep.

Since 1703, the fish market is one of the core places of the city.

Hamburg is a home to the largest model railway in the world. It is a truly impressive initiative, not only amazing for children, but also for the adults. Not only, because it makes you feel like a kid again, but also, because it is simply stunning and so detail-oriented, that will blow you away. Each year approximately 1 million people visit the Wunderland.

Currently, there are 9 sections of the construction: Austria, Knuffingen, Middle Germany, Hamburg, USA, Scandinavia, Switzerland, Knuffingen Airport and Italy. Each of them is different, each offers new features and fun attractions.

The construction costs reach 20 000 000 €. It is an incredible place, where magic does seem to exist.

The Kindest Port in the World?

One of the best traditions of the city is cultivated each day at the city’s port. There, lies the “Willkomm-Höft” or “welcome point”, where every ship is welcomed and bid farewell with the national anthem of the country it is from. It even receives a signal for “bon voyage” upon departure. Over the years, from 1952, it plated over 150 national anthems to the ships from all over the world.

Yet another record for the city of Hamburg, is being a home to the first, and longest-working no cages zoo. In 1907 Carl Hagenbeck Jr., the son of an animal-collector, founded the Tierpark Hagenbeck. His innovative idea, to use moats instead of cages for all animals, at the time revolutionary, soon became a common practice. It is a much more humane approach, allowing the animals to feel much freer.

It is also the only large zoo in Europe owned by a family. Currently, the 6th generation of Hagenbecks runs it.

In 2011 Hamburg received the title of the European Green Capital. At the time it was the second city to ever get it.

No wonder, since 14% of the Hamburg space is green. The city has ambitious goals regarding fighting the pollution, it wants to reduce its CO2 emissions by 40% by 2020. Its public transport is also very “green”, with a high level of accessibility for all citizens.

The city even launched a project called “Train of Ideas”. On the 15th April 2011, a train with seven carriages started its journey. During five months it went through 18 European cities in 13 countries, promoting subjects such as mobility, energy, climate protection and nature.

Where the Craze Began

Many people don’t realise that it is Hamburg, where the World’s most famous band – the Beatles started its career. Before they became what they are known to be today, they would play in the clubs of the Reeperbahn. That’s where they played nearly 300 nights, and where they practised, to later become legends. Today, you can visit the Beatles-Platz with five statues representing the members of the iconic band.