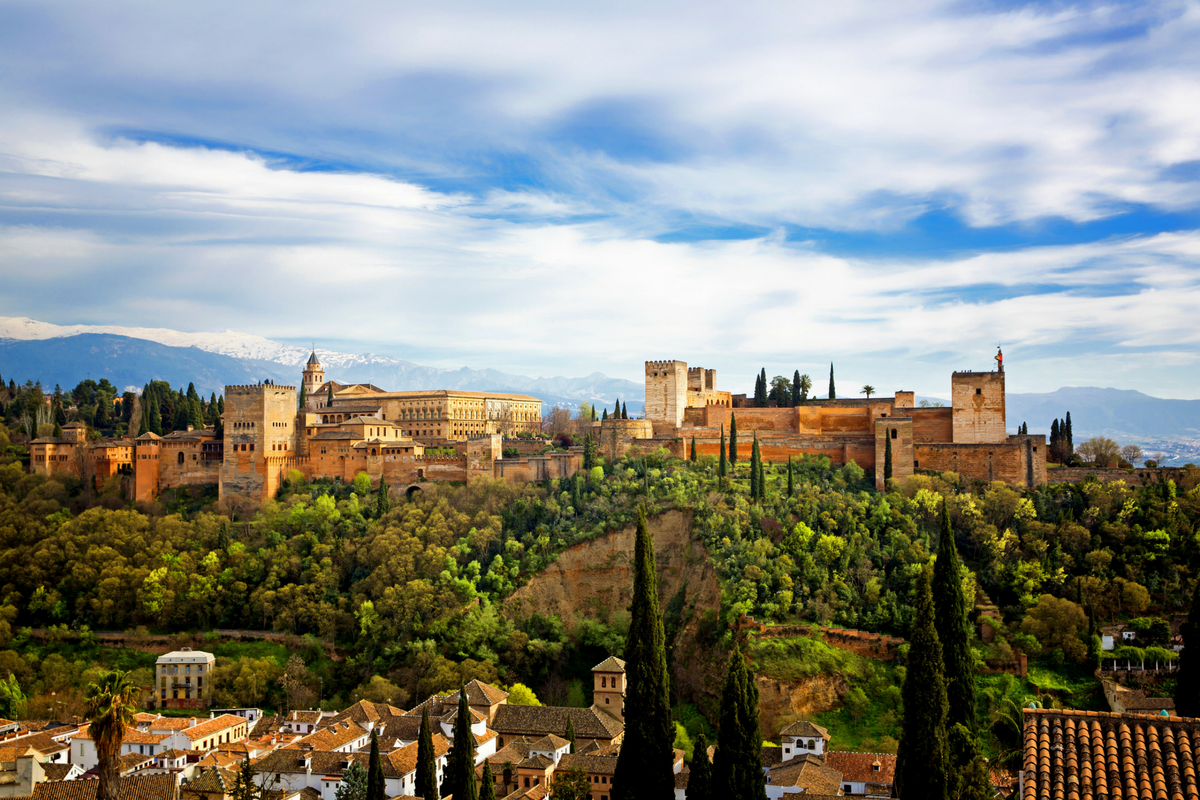 Although I am Polish, born and raised, there is one city that holds a special place in my heart. Granada, in the south of Spain, has been my home for nearly a year. During that time it made me fall in love with it. Its beautiful streets, the Arabic influences, fantastic tapas and flamenco street artists make it a one-of-a-kind city. Today, I will introduce you to it and tell you why you should make it your next destination.

A Little Bit of a Background

Let me give you a little bit of a background on why Granada is the way it is. Once, nearly entire Spain was Muslim. The famous Al-Andalus at its peak covered the majority of Spain and Portugal. The Arabic tribes came to the Peninsula in the 8th century. They overthrew the existing rulers and took over the region. The Emirate of Granada was the last standing domain of Muslim Spain. Its capitulation brought the end to Al-Andalus in 1492.

Because the Moors ruled there for centuries, today Granada is full of the Arabic influences. European and Muslim cultures blend in this incredible city to create the perfect blend. And that doesn’t solely reflect on the architecture, but also the culture.

Without a doubt, the most popular site in Granada is the Alhambra. After all, this palace complex isn’t a UNESCO World Heritage Site without good reason.

The first mentions of it come from the 9th century. However, it became the royal residence in the 13th century. There are many reasons why it is one of the most famous buildings in Europe.

Firstly, it makes the panoramic view of the city so much more impressive. Located on a hill, it seems to be something out of a fairytale. The fact that it seems to change its colours throughout the day makes it that much more magical.

After admiring it from a distance, you can (and should) choose to visit it on the inside. Strolling through it will give you a better understanding of the Moorish culture. Almost all columns and arcs of the palace are covered in beautiful decorations. The geometric and floral designs seem to cover every corner of the complex. A simple tile on a wall can leave you admiring it for ages. The artistry of its makers was outstanding. Alhambra definitely is a work of art.

What is a ‘mirador’? Literally, the word means a window, balcony, or turret. In Granada, this name is given to the viewpoints, scattered around the city. The most popular of them is the Mirador de San Nicolas. It gives you a great view of Alhambra. Additionally, there is a lovely little church there that you can enter, a nice garden and a cafe with the World’s most beautiful view. On top of that, there are often street musicians of even flamenco dancers performing there. And if you’re lucky you will be able to buy a postcard or a piece of handmade jewellery there as well.

However, it is not the Mirador de San Nicolas I fancy the most. Way above it lies a hidden gem you should try to find if you visit Granada. Mirador de San Miguel Alto is a different experience to the other viewpoints. Firstly, because it is, in fact, not that easy to get to. It takes around an hour of walking from the city centre to reach it. And you will have to climb quite a few steps on the way. What makes the journey more interesting, though, are the Cuevas (or simply caves) you see along the route. Some of them are empty, in some of them live the Gypsies. And once you reach the top – prepare to be blown away. You will not only see Alhambra but the entire city from a bird’s view. It is an incredible experience, enhanced by the fact that you had to work for it by having such an intense walk. Trust me, you will absolutely love it!

Hands down my favourite district of Granada is Albayzín. It is an old Arab Quarter. This region of the city is the best place to see all of the Muslim influences in Granada. It almost seems to be a different world. Strolling through its streets makes you feel like on a walk through time.

Albayzín is filled with narrow streets, making it ideal place for a hike, with not many cars making the way through those steep roads. The white buildings with an occasional pop of colour create quite a unique landscape. Together with many flowers cascading from the balconies and windows, it is a view to remember.

What I like most about Albayzín is its tranquillity. It is the best place to escape from the city buzz.

If you need some relaxation after a long day of walking and exploring, Granada has your back. The city has many parks and green areas. There you can either go for a stroll or have a sit and admire your surroundings.

One of those gardens is, of course, the Generalife. The Palacio de Generalife, to be exact. It lies next to the main palace of Alhambra. The meaning behind its name is “The Architect’s Garden”. It was a sort of leisure palace for the kings of Granada. Its architecture is not as impressive as that of Alhambra. It doesn’t have many decorations and is rather simple. It does, however, have beautiful gardens that are worth visiting.

Another place to relax in the shadow of the trees is the Carmen de Los Martines. Those 19th-century gardens are the perfect place for a Sunday stroll. Inside you will find beautiful plants (especially during Spring), statues and fountains. And, if you’re lucky, a few gorgeous peacocks!

Lastly, if you enjoy finding nature inside of the city, go to the Fuente del Triunfo Gardens. They lie next to a street and are rather small, but can be ideal for hiding from the sun and enjoying a good book!

The Origin of Tapas

One of the best experiences when visiting Spain is going to a nearby bar or tavern and getting yourself some tapas. I am sure you have already heard of them, but just for the sake of it – what are the tapas? Well, traditionally those are snacks you get when you order a drink. They can be either hot or cold. That means options such as bocadillos (sandwiches), tortillas de patatas, gazpacho, or even burgers!

In my opinion, there is no better place to try tapas than Granada. That is because many believe they actually originated in this gorgeous city. We know for a fact that they come from Andalusia.  Many suggest Granada as their actual birthplace.

Their name comes from a custom of covering drinks with a cover (tapa) to prevent insects from flying into them. At some point, they started putting the snack on those covers.

Some say that it was King Alfonso X who decreed that wine should always be served with something to eat. Whoever was responsible for it, was a genius!

There is nothing better than getting a glass of cold sangria together with a delicious snack. In Granada, some of my favourite tapas places are El Nido Del Búho, Bar Ávila II, Los Diamentes and Ciento Montaditos.

When in Andalusia, one must see a flamenco performance. I know, I know, it sounds like a very “touristy” thing to do. But trust me, it is an incredible art form. First mentions of it come from the 18th century. Since then it has become famous around the World.

Flamenco is not just the dance. Although it seems to be its most famous aspect. It is also the music, the handclapping and even the finger snapping. Andalusia is its place of origin, making it the perfect place to admire it. There is something truly out of this World in watching the artists perform flamenco. It makes you forget about your surroundings. All you see are the intricate moves of the dancers. All that, together with the beautiful folk music makes it a spectacle one must see in their lifetime.

There are quite a few places in Granada where you can see a flamenco performance. One of them is, of course, Casa Del Arte Flamenco. Alternatively, you can go to Tablao Flamenco La Alborea. Whichever place you choose, you are going to love it!

One of the best aspects of living in Granada is its proximity to the Sierra Nevada mountain range. It contains the highest point of continental Spain but what makes it so popular are its snowy peaks. They create a perfect contrast to the brown soil and orange, beige and red houses, typical of this region. It is visible from Granada, making it a fantastic background!

Often the snow lingers through Summer. That gives the adventure seekers opportunity to try skiing… in bathing suits! Yes, you heard that right. Thanks to both snowy peaks and sunny weather, it is very much possible. And many use it to make some incredible memories. If you like adrenaline, you should try it as well!

If all that doesn’t convince you to Granada your next destination, I don’t know what will!

To book the perfect accommodation ion Granada go to www.bidroom.com.