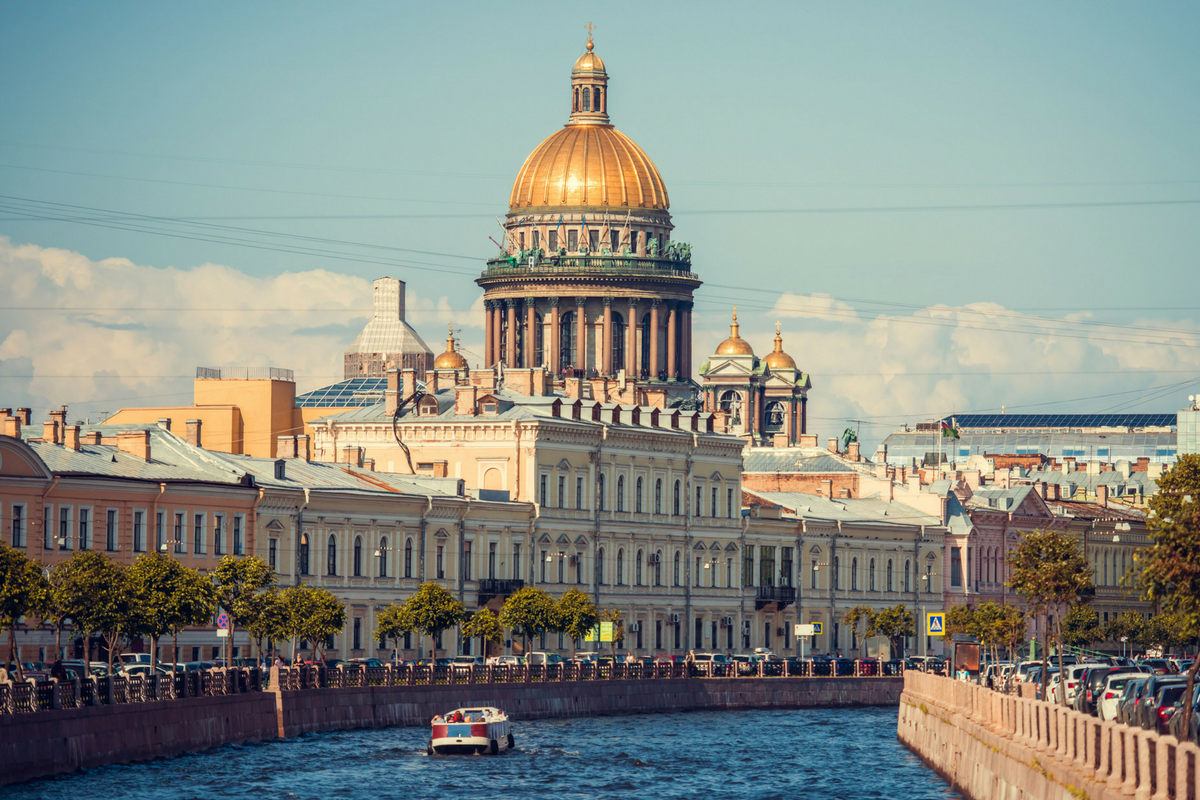 Earlier this month you could read the first part of the article about the host country of this year’s FIFA World Cup Series – Russia. Today, we are giving you the second part, where you can have a glimpse at the other cities of the 2018 World Cup

In the Gulf of Finland lies one of the most beautiful Russian cities, Saint Petersburg. It is spread across several dozen islands. They are connected by over 400 bridges, earning the city the name of the Venice of the North.

The city was created by Tsar Peter I in 1703. His goal was to build the city from scratch and show the power of the country. He undoubtedly succeeded. Petersburg was even the capital of Russia between 1712 and 1918.

Petersburg is the most European city of Russia. It is a very modern, and cosmopolitan place, that differs a lot from the stereotypical picture of the country many people have in mind. The city was even declared the eighth most attractive tourist city in the world by UNESCO as one of the most magnificent urban complexes. It is also on the UNESCO list of world cultural heritage.

Samara was founded in 1586. In 1688 it received a city status and became a military base and trade centre with the East.

It is one of the largest cities in Russia, and an important economic and cultural centre, with many beautiful historical buildings. As a multi-faith city, Samara has all types of religious buildings, starting with Orthodox churches, monasteries, mosques, and a synagogue, and ending with Protestant churches. Apart from that, you can admire many gorgeous statues, memorials and monuments all over the city, especially in its old centre.

One of the most popular places in the city is the Embankment, the longest in the country. There you can enjoy a nice walk, and feel like you’re at the beach without even reaching the sea.

And if you would like to see the panorama of the city, go to the railway station building. It is the tallest of its kind in Europe, and from its observation deck, you can admire the view of the whole city.

In the east part of Central Russia, lays the city of Saransk. Built-in 1641 as a fortress, it is an important sports centre of the country. Many Russian Olympic champions come from this beautiful city. In such case, no wonder it is one of the hosts of the World Cup.

The most famous monument of Saransk is undoubtedly the Cathedral of Saint Righteous Warrior Feodor Ushakov. Its blue walls and golden domes make it truly an unforgettable view.

Other important sites are the Monument of St. St. Cyril and Methodius, the Cathedral of St. Teodor Uszakow or the Mordowskie Podworie.

When in the city it is also worth it to visit the Millenium Square, with a gorgeous star-shaped fountain.

Among the cities from our list, everybody already knows is Sochi. That is because it was a host of the 2014 Winter Olympics. Because of that, its popularity grew significantly. But what exactly makes Sochi special?

Surprisingly, it is actually the largest summer resort in Russia. It actually lies at the very south of the country, on the shores of the Black Sea.

The area of today’s city was once belonging to the kings of Abkhazia. Only in 1829, it became a part of Russia. The city itself was founded in 1838.

One of the prettiest sites is the Troitse-Georgiyevsky Female Monastery. You can learn about the history of the city in the Historical Museum of Sochi.

An interesting place is the Agura Waterfalls. However, you can only see them if there is some humidity, preferably after a day of rain.

As for the winter sports, you have to visit Rosa Khutor Ski Resort and the Iceberg Skating Palace. And of course, it would be a shame to be in Sochi and not visit the Olimpiyskiy Park (an Olympic Park).

A city with a rather new name is the Volgograd. At first, it was Tsaritsyn, between 1925 and 1961 Stalingrad, and only in 1962 the Volgograd.

Undoubtedly, the most popular site in the city is ‘The Motherland Calls’ Sculpture. It commemorates the battle of Stalingrad, the World’s largest and bloodiest battle in the history of the warfare. It’s incredible, and by its own size shows the extent of the loss. It is actually worth it to see the whole memorial complex, including The Eternal Flame.

Volgograd is one of the most important industrial, economic and cultural centres of Russia, very popular among the tourists.

Apart from the historical value, we have to appreciate its great transport infrastructure, and many gorgeous hotels all around the city.

Yekaterinburg is a city in the Asian part of Russia, under the slopes of the Ural Mountains. It is the fourth city in Russia in terms of population, and an important economic, cultural and scientific centre of the country. It got its name after the wife of Peter I the Great, Catherine I.

One of the most interesting sites in the city is the Church on the Blood. It was built in 2003 in place of the house, where the execution of Tsar Nicholas II and his family took place. Today it is the largest temple of Yekaterinburg. Another building worth seeing is the Circus building, where various shows still take place today.

A rather quirky place is the QWERTY Monument. It is literally a stone monument of the QWERTY keyboard. Another weird destination is the “mafia cemetery” where the graves have the life-size images in stone of mafia members engraved on them.

For all the art lovers, the Ekaterinburg Museum of Fine Arts is the place to see.