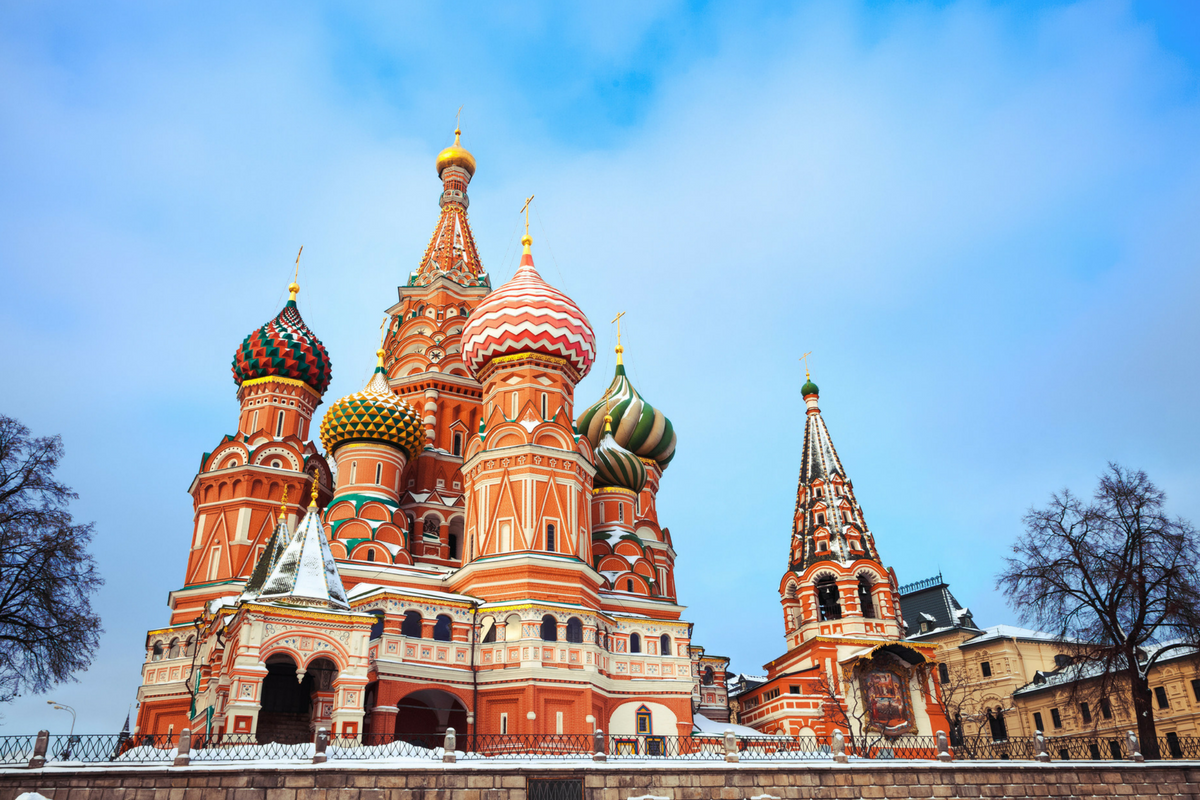 The 2018 FIFA World Cup will take place this year in Russia, between June 14th and July 15th. It is a huge event for anybody even slightly interested in football. But today, we will take a different approach and instead of focusing on the sport, we will talk about the country that’s hosting the event this year. However, since Russia proposed 13 cities for the World Cup, we will divide this article into two sections, to give all of them enough credit. Let’s start our tour!

A small city of Kaliningrad is one of the most charming places in Russia. It is the capital of the enclave of the same name, that lays curiously between Poland and Lithuania, away from the rest of the country’s territory.

The city’s history explains its location. It started in the 13th century when the German Teutonic Knights made it their home. For centuries the city belonged to Germany, only to be annexed in 1945 by the USSR.

That makes the Kaliningrad a peculiar mix of influences. On one side we have the historical buildings dating centuries back, on the other the monuments of the Soviet era. A great way to compare those differences is by seeing the city’s biggest attraction, the Königsberg Cathedral, and the anti-attraction, The House of the Soviets. The cathedral is a gothic, red-brick church. It was largely destroyed during the war, similarly to a vast majority of the city. However, it is now back to its full glory. The House of the Soviets, on the other hand, was built on the ruins of the Königsberg Castle but was never occupied. The locals call it a ‘Monster’, and in comparison to the historic Kaliningrad, we can understand why.

Despite parts of it being destroyed, the city remained a lot of its former beauty. It has wonderful parks, great museums, like the Banker Museum or the Amber Museum, and lovely neighbourhoods, such as the Fishing Village.

Another unique Russian city and the host of the FIFA World Cup is Kazan. It is one of the largest cities in the country, and a major economic, political, scientific, cultural and sports centre of Russia.

It lays at the bank of the largest river in Europe – the Volga. The city is a capital of Tatarstan, and almost half of its residents are Tatars. It is a place where cultures mix, yet remain in peace. Where Islam and the Orthodox Church coexist without turbulence. Actually, one of the most famous sites in Kazan is the Temple of All Religions. Built by Ildar Khanov it has 16 domes, each representing a different religion. The temple combines architectural elements characteristic of mosques, churches, temples and more.

The heart of Kazan is a characteristic white stone kremlin with walls and towers from 16th and 17th centuries. In 2000, this magnificent site became a part of the UNESCO World Heritage List.

Another famous part of the city is the famous Bauman Street. Along this beautiful ancient route are numerous 19th-century monuments of Russian imperial architecture. That makes it the perfect place for a stroll.

Kazan is a modern, well-developed city. Many call it the ‘third capital of Russia’ and owns up to its name. The city has a great transportation system and infrastructure. Unlike in many other Russian cities, most signalizations are both in Russian and English. No wonder, since it is one of the most popular cities in the country among tourists.

Krasnodar was founded in 1793 on the orders of Tsarina Catherine. Its purpose was to defend Russia’s southern borders.

The city is the perfect place to admire the architecture of the turn of the 19th and 20th centuries. The most famous of them is the Cathedral of Saint Catherine. It was built to commemorate the event of the 17th of October 1888, when the tsar Alexander III and his family survived a train crash. Other important buildings are the post office, the ‘Green House’ and the art museum.

On top of that, many cultural institutions operate in the city. Among them are theatres, Philharmonic, circus, museum and galleries.

Krasnodar is a cultural and entertainment centre of the region. There are various monuments all around the city. Some of the most important and spectacular of them all are the complex for the heroes of the October Revolution and World War II, the bowl of the Eternal Fire, burning in memory of the victims of World War II, and ‘Aurora’ – a figure of a woman in soldier’s uniform.

We’ve spoken about the ‘third capital’ of Russia. But what about its actual capital? Moscow, the capital and the largest city in this enormous country, is its main political, economic, cultural, religious, financial, educational, and tourist centre. It is also the seat of the highest state authorities.

Built in the 12th century it is filled with history, with the oldest traces of settlement in the city coming from the IV-III century BC.

The most popular site in Moscow is its historical centre. It consists of the Kremlin and the Red Square, as well as the surrounding buildings. Since 1990 it is a part of the UNESCO World Heritage List. And no wonder, since it is one of the most beautiful and most iconic places not only in Russia but in the World. The origins of Kremlin date back to the 15th century. However, it is not only a valuable monument but also the seat of the President of Russia.

The most famous buildings in the city are the Saint Basil’s Cathedral, with its colourful domes, and the Cathedral of Christ the Savior, and the Seven Sisters, the skyscrapers representing the Stalinist style. And those are just a few of hundreds of places worth visiting in this wonderful city.

Museums, galleries, parks, gardens are all part of the Moscow’s landscape that makes it one of the most stunning cities in the World, and a destination you cannot miss.

Another city on the list is the Nizhny Novgorod. Founded in 1221 it is a major industrial centre of the country. The main are IT and car industries. The local shipyard specializes in the construction of submarines.

As for many Russian cities, the Kremlin is the centre of Nizhny Novgorod. That’s where the administrative buildings are located. Sadly, the only ancient building left in the Kremlin after Bolshevik devastation is the Archangel Cathedral.

Luckily other historical buildings are all around the city. Among them are the theatres, museums, libraries and art galleries. The State art gallery is a home to many wonderful works of the Russian artists. There are over 12,000 pieces inside its walls.

Some of the most impressive buildings in Nizhny Novgorod are its cathedrals. The Transfiguration Cathedral with its black domes, the Alexander Nevsky Cathedral, the third tallest cathedral in Russia, or the Church of the Nativity will surely take your breath away.

A great way of admiring the city is by seeing its skyline. There are many gorgeous, colourful buildings all around it, that leave an amazing impression when seen from above. Definitely, give it a chance.

The last city we’ll walk you through in the first part of the series is the Rostov-on-Don. It is known as ‘the Gate to the Caucasus’ and it is the largest city in the south of the country. It is said to be funded on the December 15th, 1749. Today, it is an important trading port.

There are many theatres, museums and libraries in the Rostov-on-Don. Must-sees are the Rostov Regional Museum of Fine Arts and the Museum of Local Lore. Do visit the Maxim Gorky Academic Drama Theater. If not for a show, for its architecture.

The city is also a jazz centre of the country, so try seeing a concert or maybe even coming during one of the festivals if possible!

Stay tuned for the other part of the article, where we’ll discuss other host cities of the FIFA World Cup Russia!