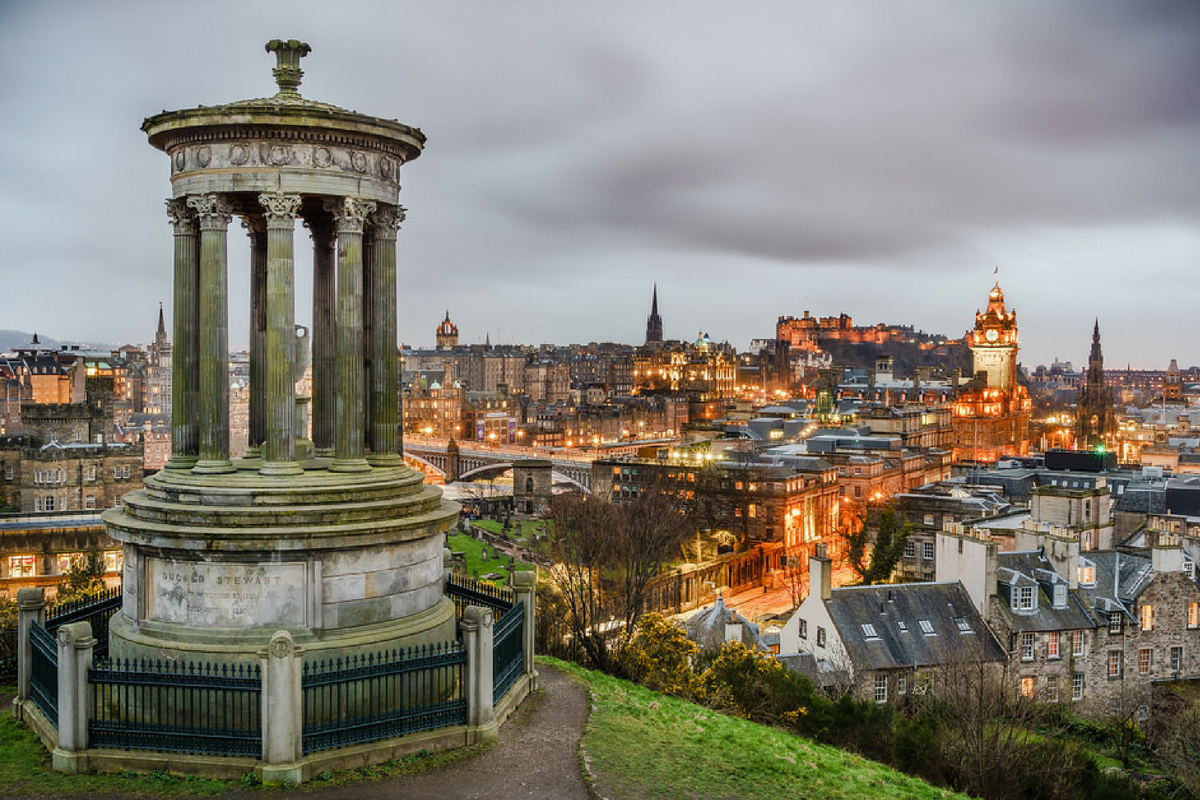 When asked about the cities worth visiting the United Kingdom the first answer that pops to mind is probably London. No surprise, since it is one of the most popular cities in the world. However, we want to show you more than just that. Join us in our excursion to Edinburgh!

Firstly we would like to start with Scottish volcanoes. Yes, Scotland has volcanoes! However, the ones in the Edinburgh area are over 350 million years old and are now considered extinct. Because of the fact that they will not blow up again, some of them are treated like a hill on which you can build a castle. If you want to climb a volcano and be sure to get a magnificent view of the whole city, we recommend going on a hike on Arthur’s Seat. It is located just over a mile from the Edinburgh Castle. Moreover, the hill is actually one of Edinburgh’s symbols. It is located in the park, close to the city centre. If you like to go somewhere to appreciate the nature, one of the volcanic hills is a great choice.

Scotch whisky is one of the most popular alcohols in the world. Fun fact, if you see a bottle with “Whisky” on it, it means that it’s a Scotch. The name is reserved as the one for this type of alcohol coming specifically from Scotland. Whisky-type alcohol from other parts of the world is usually referred to as “Whiskey”. So, since whisky is a special Scotch liquor, there is, of course, a possibility for booking a Whisky Tour while in Edinburgh. Not only will you see the way this liquor is mixed and made, you will also see the collection of whiskies that are made there as well as try three-four different types of this alcohol. This is especially recommended for people who are interested in getting to know a little more about the nuances of the whisky industry.

Now, we would like to introduce you to the top paid-for attraction in Edinburgh – the Edinburgh Castle. Located on one o the hills near the Old Town, it brings thousands of tourists yearly. From a historical point of view, the oldest part of the castle, St Margaret’s Chapel, comes from the 12th century. The whole castle, however, has been extended up until the 16th century. Additionally, the Scottish National War Memorial appeared in the castle after the First World War. From the touristic point of view, what can you see there? Besides the old chapels and a palace, you will be able to see the oldest Crown jewels on the British Isles, Mons Meg as well as the National War Memorial and the Stone of Destiny. If you are interested in history, the castle will be a great choice for you.

Changing the tone a little bit, we would like to invite you to this special museum of optical illusions – Camera Obscura. The building from the outside doesn’t necessarily bring to mind the most modern museum, because it is located in the old tower in the Old Town. Before it was a museum, the tower was an observatory and then a science museum throughout the 19th and 20th century. Right now, the place offers its visitors a virtual trip through Edinburgh along with a mirror maze, numerous optical illusions, colour illusions, puzzles and a vortex tunnel. Being more interactive, it proves that the city of Edinburgh will make everyone happy. Even if the history is not a part of your interest.

The Scott Monument, built to honour one of the most popular Scottish novelists Sir Walter Scott is a Victorian gothic work of art. The tower, because that is actually what the monument looks like, is over 60 metres tall. Serving not only as a visual work of art, it is also a viewing point for the tourists to enjoy the beautiful views of Edinburgh. Another fact worth mentioning is that the whole monument is covered with very detailed sandstone figures and figurines. They represent Scots that made an impact in the country’s history, for example, Mary Queen of Scots, Lord Byron and King James V. The total number of figurines is 96, with 93 people, two dogs and a pig. We recommend seeing the monument as its detailing is truly breathtaking.

No matter which historical period is your favourite, there is Scottish National Gallery which will match your preferences. While the building is a magnificent landmark itself, it’s the art collection that will take your breath away. This complex of museums has over 90,000 artworks in its exhibitions and storage, all of them covering different artistic and historical periods.
The complex consists of the National Gallery, National Portrait Gallery and two National Galleries of Modern Art (Modern One and Modern Two).  We would recommend taking at least a day to see everything these places have to offer, as all of them have artworks known globally. If you are an artistic soul, I don’t think you need anything else to convince you this place is 100% worth checking out.

Old Town of Edinburgh is the last one on our list of places we recommend visiting in Scotland’s beautiful capital. It is a part of UNESCO World Heritage Site along with the New Town. What can you find there? We will give you examples: Old College of the University of Edinburgh, St Giles’ Cathedral, Scottish Parliament and the National Museum of Scotland.
The atmosphere and the feeling of history coming from every wall and street make it also an unbelievable place to stay during your Edinburgh excursion. Luckily, you don’t have to worry about researching a perfect hotel, here in Bidroom we did it already. As we want the best for our users, we got Fraser Suites Edinburgh to join our revolution. They are an amazing place to stay in the centre of Edinburgh’s Old Town.

Edinburgh is one of the most beautiful cities in Europe, that is for sure. We hope that you will find this little guide helpful while planning your vacation. It is a breathtaking city full of history and attractions for travellers of all ages and interests.