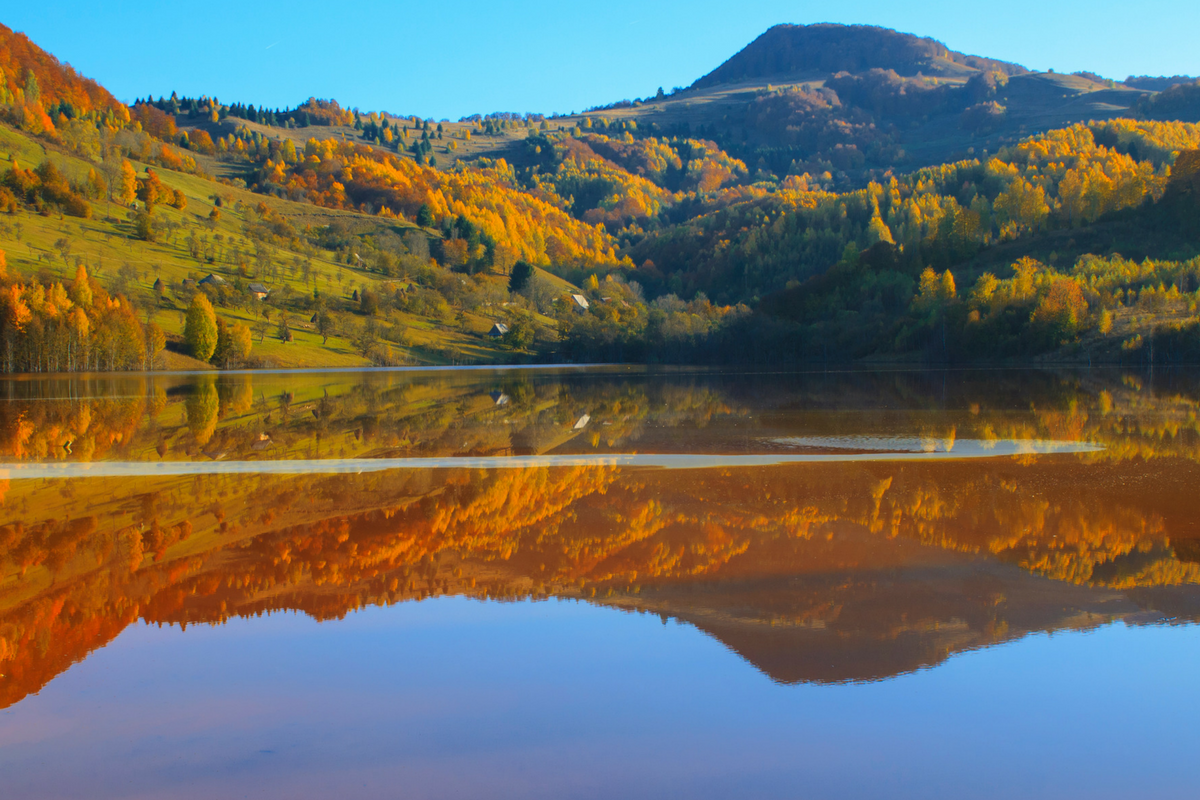 The Autumn is far from being over, but we all know that its colours fade away too fast. So before the grey and white take over, we want to appreciate the golden shades we all love. Let’s have a look at some of the best places for the Autumn colour hunting.

Fall foliage in Japan is called kouyou, meaning red leaves. It is due to all the shades of red as well as orange and yellow that you can admire all around the country during this season of the year. Since the Autumn colours last for a very long time in the Land of the Rising Sun, you’ll have plenty of time to enjoy their beauty.

And if you can’t do the tour around the country, choose Kyoto for watching the red and golden leaves.  Many consider it even more beautiful than the cherry blossom season.

The most spectacular trees during the fall foliage are the maple trees, and you can find plenty of them in Kyoto, whether in gardens or around the shrines. Possibly the most popular spot, however, is the Eikando Temple. Not only the temple, completed in 853, is visually stunning, but the red compliments it very well. And while you’re there why not have a stroll down the Philosopher’s Walk? This path is the perfect place for a long, relaxing walk amongst trees, but also restaurants and shops. While walking through it you can reach many of the city’s popular destinations.

Another great spot is the Kiyomizu Temple with its wooden viewing deck, from which not only can you admire the trees but also the city landscape.

The Great Smoky Mountains, also known as the Great Smokies or the Smokies are a mountain range in the United States of America. They are a part of the Western Appalachian Mountains, stretching between the states of Tennessee and North Carolina.

Their name comes from the fog surrounding its peaks for the majority of the year, creating an unusual landscape. The Great Smoky Mountains National Park was created in 1934. It was declared a biosphere reserve in 1976 and a UNESCO World Heritage Site in 1983. Today it is the most popular national park in the USA, and not without a reason. Its landscapes are simply breathtaking, perfect for those long hikes.

Many would argue that they are the most stunning during Autumn. Probably because the fog together with colourful leaves creates an almost out-of-this-world surroundings.

If you’re at all familiar with Poland you must know a term “Golden Polish Autumn”. The reason for that becomes pretty obvious once you set your foot in this stunning country between late September and November.

The country transforms completely during those months. The trees are covered with colourful leaves. At the beginning of the season still green with hints of yellow, later all the shades of orange (hence “golden autumn”)  and at the end red and brown. And there are few places as spectacular during Autumn in Poland as Bieszczady mountains.

They lie in the south of the country and spread through Slovakia and Ukraine, and are some of the most beautiful Polish mountains. They may not be as tall as the Tatra Mountains, but thanks to that, they are almost entirely covered with forests, creating unique landscapes.

While there you can choose a picturesque hike through its peaks, such as the Tarnica or Smerek. And after the walk, relax by one of its lakes, preferably Solina, Poland’s largest artificial lake. Surrounded by colourful trees it becomes especially beautiful.

It is impossible to return from the Jiuzhaigou Valley unsatisfied. As one of the most spectacular national parks in the world, it is nothing like you have ever seen before. As one of the most amazing bits of nature in China, it has to find its place on your list.

Jiuzhaigou means “Nine Village Valley” because it is a home to nine Tibetan villages. This national park of China was declared a UNESCO World Heritage Site, because of its unique flora and fauna.

Best known for its turquoise lakes, magnificent waterfalls and rare wildlife, in Autumn it gains certain magic. Seeing it bathed in various shades of orange and red explains why it one of China’s most treasured natural wonders.

In a recent post, we talked about the gloomy and scary side of Transylvania, the home of Dracula. But what we did not mention is how beautiful the nature of this Romanian region becomes in Autumn. Due to its location being at the centre of Europe, each one of its seasons is very distinct with Autumn being no exception.

The colours start to transition from the mountainous Bucovina to the plateau and the vineyards of the Minis Hills. The best time to admire these changes is October and early November, right after the Summer heat has ended and right before the first snow falls down.

During the day you can walk (or drive) through this beautiful land, while during the night you can spend some time in the Transylvanian cities such as Cluj and Sibiu.

The eastern chains of the Cordilleras, The Rocky Mountains or the Rockies, spreading between USA and Canada are quite a treat all year round. But as the other spots on our list, they get that special “je ne sais quoi” during Autumn. Today, we will focus on the Canadian side of these glorious mountains.

Around 50 peaks of the Canadian Rockies surpass 3000 metres of altitude, creating an almost alpine scenery. You can see it especially in the Banff National Park and Waterton Lakes National Park. In these and other national parks, you can admire snowy mountain tops, rivers, and waterfalls.

Banff National Park, the oldest in Canada, is especially beautiful. With 6,641 square kilometres of glorious scenery, where the tall, almost intimidating mountains touch the turquoise lakes, it is a view to remember.

Many people overlook Autumn as the “worse” Season without realising just how wonderful it can be. Don’t make this mistake and go explore the colours you won’t see at any other time of the year.