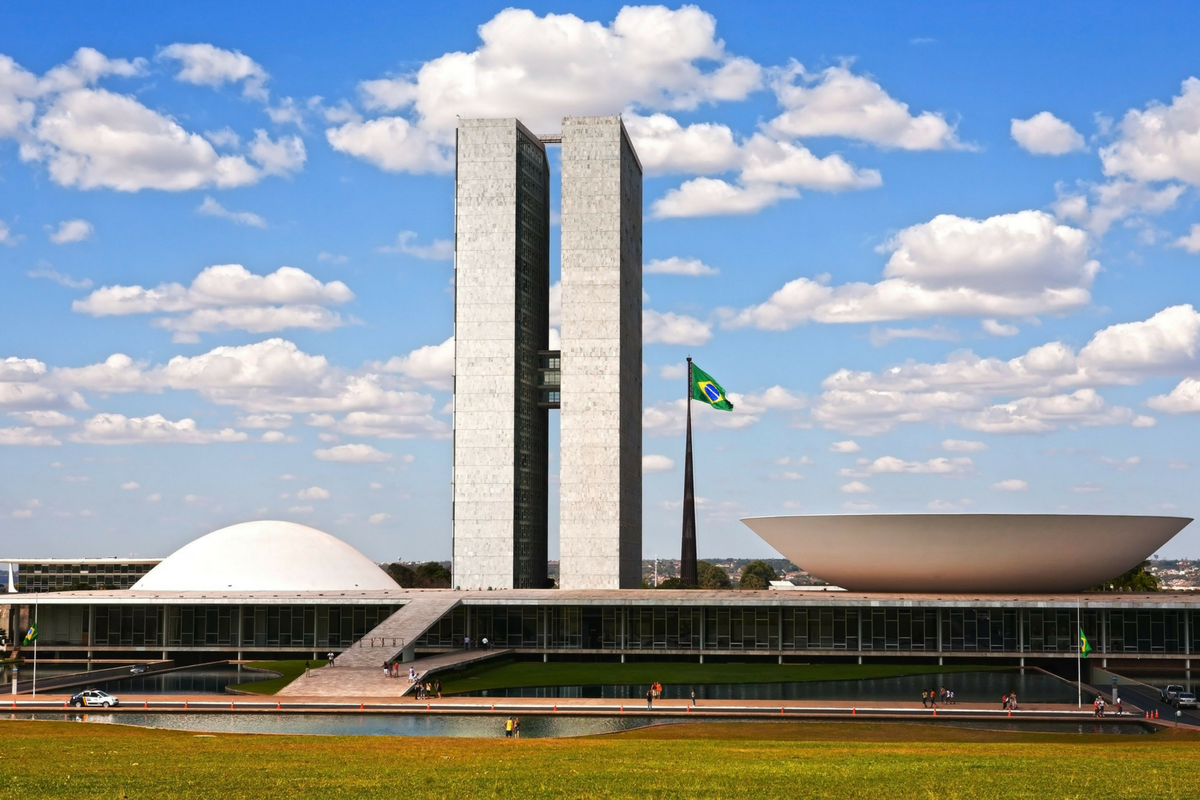 Most people associate Brazil with two cities – Rio de Janeiro and Sao Paolo. In fact, many don’t even realize that none of them is the capital of the country. The city that actually holds this title is Brasília. Let’s have a look at this underestimated city and learn why visiting it is actually a great idea.

How old is Brasilia?

Unlike other capitals, Brasília is not an ancient town. It has been planned and built for the purpose of being the capital. The idea of moving the capital of Brazil from Rio more inland came up at the beginning of the 18th century. But the official decision was made in 1955. The following year, an international jury held a contest for the urban design of the city. Lucio Costa won the competition, with his “Pilot Plan”. The construction of the city began in 1956, and the official inauguration took place on April 21, 1960.

The city has a surface of nearly 6,000 square kilometres. It is located at the altitude of nearly 1,200 metres and is a home to over 2,5 million people.

Brasília lays on a plan of a flying condor. It was very well thought out. The long axis is where the residential districts are located, while the public buildings are set along the shorter axis. The government buildings lay at the head of the plan. As a part of the construction, an artificial lake, called Lake Paranoá was created, that today is one of the most famous places in the capital for the sports lovers.

Brasília may not be an old city. It doesn’t have a long history and many ancient landmarks. But it does have a lot to offer to the tourists. Its architecture is a true masterpiece of the modernism. As such it is on the UNESCO Heritage List. And very rightfully so. It is a truly futuristic city, with glass and steel buildings, skyscrapers and long, wide avenues.

Some of the most famous buildings of Brasília are the Palácio da Alvorada (residence of the president of Brazil), Palácio do Planalto (presidential palace), and the cathedral of Our Lady of Aparecida. To us, the most beautiful building of the capital is the National Museum. It looks like the Saturn and gives some magic to this already unique city. It is that much more interesting when hearing the comment of the famous astronaut, Jurij Gagarin, who once said, that in Brasilia, he feels as if he is on a different planet.

The city has many amazing museums and galleries. Just some of them are the Banco do Brasil Cultural Center, Caixa Cultural Brasília, Museu de Valores, Espaco Lucio Costa or the Panteao da Patria.

Today, Brasília may still not the most famous destination in Latin America, or even in Brazil. It did not surpass Rio de Janeiro or Sao Paolo in terms of popularity. However, that was never the goal. The city performs mainly administrative functions. Precisely as it was designed from the beginning. The government built it, so that it becomes a capital, and brings more attention to the centre of this huge country, and it achieved just that. Of course, it is not only a city of politics. It is also a research centre, full of culture, with excellent transport.

However, not all of the intentions of its founders came true. Sadly, a large part of the city are the slums. And despite the efforts, not all of the projects were a success.

Nevertheless, it is still the fourth–largest metropolis in the country, with many wonderful sites. No wonder, that more and more tourists decide to visit it each year. And in our opinion, so should you.