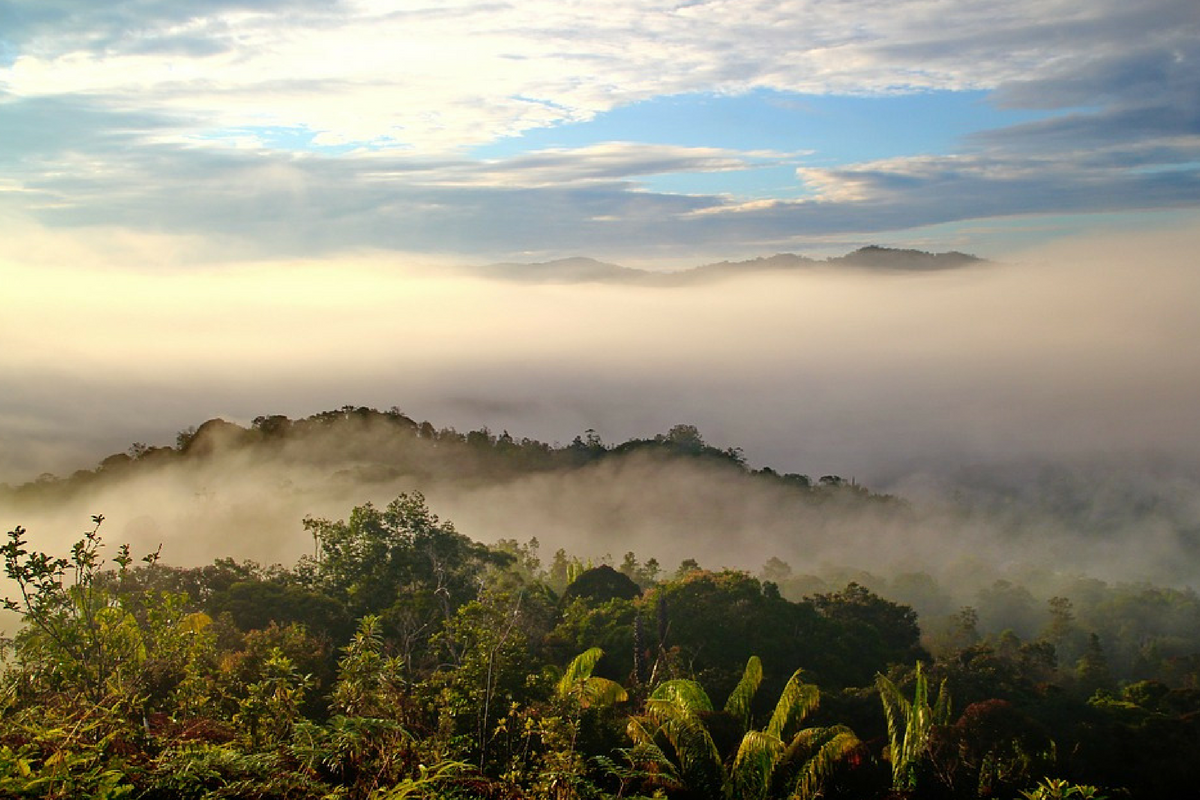 As a third largest island in the World Borneo is known worldwide. However, many people believe it to be a country, while in fact, three different nations administrate it. It is a unique land in terms of both nature and politics. Today we will have a look at its peculiarities.

But First, What is Borneo?

Before diving into its political system maybe we should introduce you to some of the basic facts about this incredible land.

Borneo is surrounded by other islands. It almost looks like the pearl of its region, lying between the Philippines, Indonesia, Malaysia and Vietnam, in the extreme southwest of the Pacific Ocean.

Its location means it has a tropical climate, with only two seasons, wet and dry. Borneo is a rather humid land, mostly due to the rainforest covering half of the island. That and a primarily mountainous landscape creates quite a treat to the eye.

There are over 200 different ethnic groups inhabiting Borneo. They are known as the Dayaks. On top of that, the island is politically divided among Malaysia, Brunei and Indonesia.

Indonesian territory covers approximately 73 percent of the area of the island, so we will describe that part first.

It is called Kalimantan, which is actually Indonesian name for the entire island of Borneo. It means “burning weather island” and refers to the high temperatures on the island throughout the year.

Indonesian Borneo is divided into five provinces, Central, North, South, East and West Kalimantan. Together they cover the entire southern part of the island as well as half of its northern part.

There are quite a few larger cities in this part of the island. Samarinda is the largest of them, with over 800 000 citizens. It lies on the banks of the Mahakam River. The second largest is the Balikpapan, a seaport city on the east coast of the island. But there are many smaller, but still very lovely cities in this part of the island. Palangka Raya is known for its gorgeous Sukarno Monument and is actually considered as the future capital of Indonesia. Banjarmasin, often called the “River City” has one of the most beautiful mosques on the island, the Sabilal Muhtadin Mosque as well as the famous floating market, and Pontianak is one of the hottest places in Borneo, with no distinct seasons and an average temperature at about 30 degrees Celsius.

Malaysia governs around 23% of the island. Two of its provinces – Sarawak and Sabah are on Borneo, one on the northwest and one northeast.

Sarawak is famous for its rainforests, equatorial climate and gorgeous cities. It has wonderful caves, that are a part of the Gunung Mulu National Park. The longest river in the entire country, Rajang River, also runs through it.

From the river, you will see picturesque Malay villages (kampungs), a golden-domed mosque, a Victorian fort, a whole street of 19th-century Chinese shophouses and an imposing wooden-roofed palace, all set against a background of distant mountains.

Its capital city, Kuching, is a wonderful mixture of history and modernity. It is famous amongst tourists for its lovely riverfront. The Malay villages, golden-domed Mosque as well as colonial architecture make it beautiful. Kuching is also nicknamed the Cat City. It has a cat museum and many cat monuments scattered all around it. Perfect for the cat lovers. Other major cities of Sarawak are the Miri, Sibu, Limbang, Serian and Bintulu.

The second Malaysian province in Borneo is Sabah, at the northern tip of the island. Similarly to Sarawak, it has an equatorial climate, with two monsoon seasons.

Its landscape is very diverse. It has rivers, seaside, mountains and rainforests. The highest mountain in Southeast Asia’s, Mount Kinabalu is a part of Sabah’s Crocker Range. The Crocker Range National Park is actually one of the state’s biggest attractions. There are many more national parks in the state, as it has a very diverse flora and fauna, often endemic to Borneo. Kinabalu Park was actually one of the first national parks in Malaysia as well as the country’s first UNESCO World Heritage Site.

Some of the biggest and most beautiful cities in Sabah are Kota Kinabalu, where the formation of Malaysia took place, Sandakan, near the Sepilok orangutan rehabilitation centre, Tawau, Kudat, and Semporna.

The only state entirely on Borneo is the Sultanate of Brunei. Despite it covering only 1 percent of the island, it is a very wealthy state thanks to its natural resources. The country is a monarchy following the English common law, but also the shariah law.

Once, the Bruneian Empire controlled almost the entire Borneo as well as some of the nearby islands. However, it started losing territory in the 19th century and is now left with a rather small piece of land.

Brunei got back its independence from the United Kingdom in 1984. In next years the country experienced a rapid economic growth becoming an industrialised country. Its wealth comes from its petroleum and natural gas fields. Brunei’s Human Development Index is the second-highest in the Southeast Asia. Forbes even ranks Brunei as the fifth-richest nation in the World.

Not only is the country rich, but its monarch, The Sultan of Brunei is the second-wealthiest royal and the wealthiest king in the World. His palace, the Istana Nurul Iman, is the largest residential palace on the planet with an astonishing number of 1,788 rooms.

The capital of the country is the city of Bandar Seri Begawan with the gorgeous Omar Ali Saifuddien Mosque, Kampong Ayer (the water village), the Royal Regalia Museum and many more. Other important cities are Bangar, Muara, Seria and Tutong.

Borneo is a truly unique land with one of the most diverse ecosystems and many endemic species of animals and plants that call the island home. Its rainforest is 130 million old, making it one of the oldest in the entire World. It once covered nearly 74% on the island, while now it only covers 50%. Half of the world’s tropical timber comes from Borneo.

Its unique landscapes make it the perfect place for the nature to blossom. In the last 10 years alone 360 new species have been found there. With nearly 15,000 different plant species and over 220 different animal species, it is one of the most biodiverse places on Earth.

One plant worth mentioning is the Rafflesia Arnoldii, the World’s largest flower. But it is not it’s size that makes it so special. It’s the smell. Many call it the “corpse flower” because it smells like the rotting corpse, so maybe try avoiding it if you stumble upon it.

Other species, this time from the animal kingdom, that lives in Borneo, as well as Sumatra, is the orangutan. There are around 54,000 thousand of them in its rainforests. A few rehabilitation centres are open to the public. There, anyone can see these incredible animals in their natural habitat.

Borneo is a unique land. Not only because of its incredible nature, but also interesting cultures of the countries governing it. Altogether that makes the island one of the most fascinating places on Earth. It surely is worth visiting.