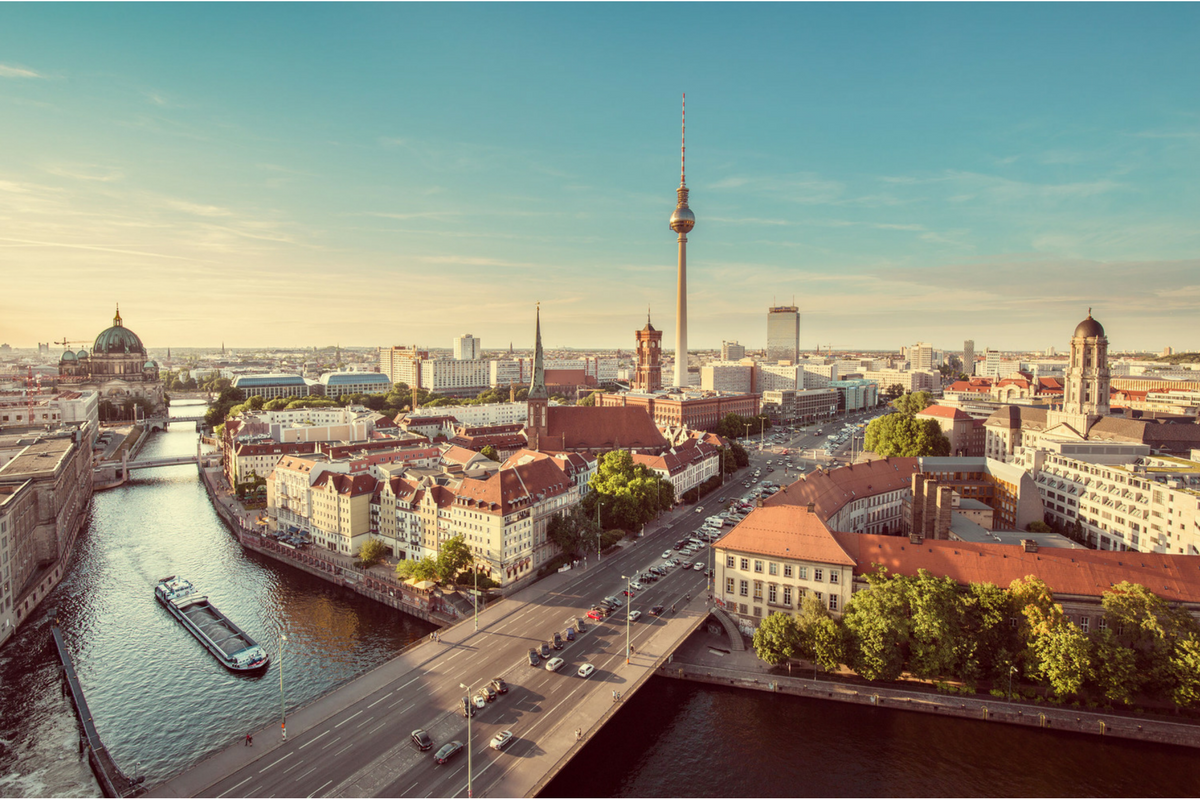 The capital city of Germany, second most populous city in European Union. One of the most developed, but also battling the ideologies throughout history. Berlin certainly is a special place on the European map. Why is it worth seeing? Let’s find out!

You cannot visit Berlin and not see the most iconic monuments of the city. You can start with Brandenburg Gate. Built in the XVIII century and inspired by the Acropolis entrance in Athens, it has been a backdrop of the city’s history. Right now it represents the German unity. Another thing to see is definitely Reichstag – the Building of the Parliament. Built in XIX century, it hadn’t been functioning until 1999 after the bombing during Second World War. The last two monuments we are going to mention are Charlottenburg Palace and Berlin State Opera. First one, a rococo palace, a summer residence for the royalty, now serves as the biggest palace in Berlin and a very popular place for tourists. The second one recently reopened, is a national German opera. Enchanting the tourists and locals with its’ beautiful architecture and breathtaking shows, it is also a place one mustn’t skip.

Throughout the ages, Berlin has gone through quite a lot. Thirty Years’ War in XVII Century, Second World War and afterwards, the division wall made by the Soviets. Berlin Wall, as it was called, is one of the most popular symbols of the Cold War. The ruins of the Berlin Wall are still available to see in the city. I recommend especially the one nicknamed East Side Gallery. It is a remaining piece of the Berlin Wall that was moved to the place where the artists could cover it with murals. It shows the time of change and people’s hope for better and more peaceful times. The most popular one is called “Fraternal Kiss”. It is a reproduction of a famous photo of Leonid Brezhnev and Erich Honecker in an embrace. Other historically important to Berlin places –  Berliner Mauerweg (the road that follows the path of the Wall’s patrols).

You are probably familiar with choosing which museums to see because each one is in the different part of the city. In Berlin, you don’t have to worry about it. All of the most important museums are located in one place – the Museum Island. Because Berlin is a city with quite a lot of islands, it’s no surprise, that the centre of the city is also divided by them. One of these islands, especially its northern part, is covered with internationally important museums. Examples? Bode Museum, Pergamon Museum or Altes Museum, to name a few. Together, all of them cover the art and remains of the whole world’s history. Ancient Greece, Ancient Egypt, followed by the art remains of the medieval times and everything after, all of them are found in the borders of this small island. If you like history and art, you mustn’t skip it.

The Zoological Garden of Berlin is absolutely superb. The oldest zoo in Germany, it brings tourists and citizen families together in one place. With Elephant Gate by the zoo’s entrance, it is a zoo that has the biggest number of animal species in the whole world! An amazing place to spend a day and learn new facts about the animals you haven’t seen anywhere else, walk through the biggest aquarium in the world or just to appreciate the beauty of this garden. Located actually in the centre of the city, it will not require a long journey just to get there, so you will certainly have the strength to go all around the zoo and spend a fabulous day.

Also known as the Television Tower, it is the tallest building in the whole city and second tallest building in EU. One of the symbols of the city, easy to spot on the panorama of the city with its’ characteristic shape it is another must-see of Berlin. Originally opened in 1969, it has undergone many renovations during the ‘90s. Now, it is the place from which the television stations broadcast their programmes. Another function of the Television Tower is an observing deck. With its’ magnificent height, it makes possible for the tourists to see the whole city of Berlin along with the monuments, bridges, islands and parks.

Berlin is known to have over 40% of the city covered with parks and trees. Almost every island has its’ parks, where families spend quality time together. What’s interesting about Berlin’s topography is that Berlin actually has more bridges than Venice, the most popular island city in the world. Why isn’t Berlin known for it? Probably because the size of Berlin is much bigger than Venice, so the amount of islands and bridges is not that visible to the locals. However, you can use the city’s characteristics and book a boat trip. The amount of river canals in the borders of the city allows the tourists to spend hours on the boats and lets the beauty, atmosphere and of this magnificent place sink in.

As you can see, Berlin is full of surprises and if you go there, you will not regret it, we are sure of it. This combination of old and new, traditional and modern, urban and nature-focused is something rarely seen in other European capitals.