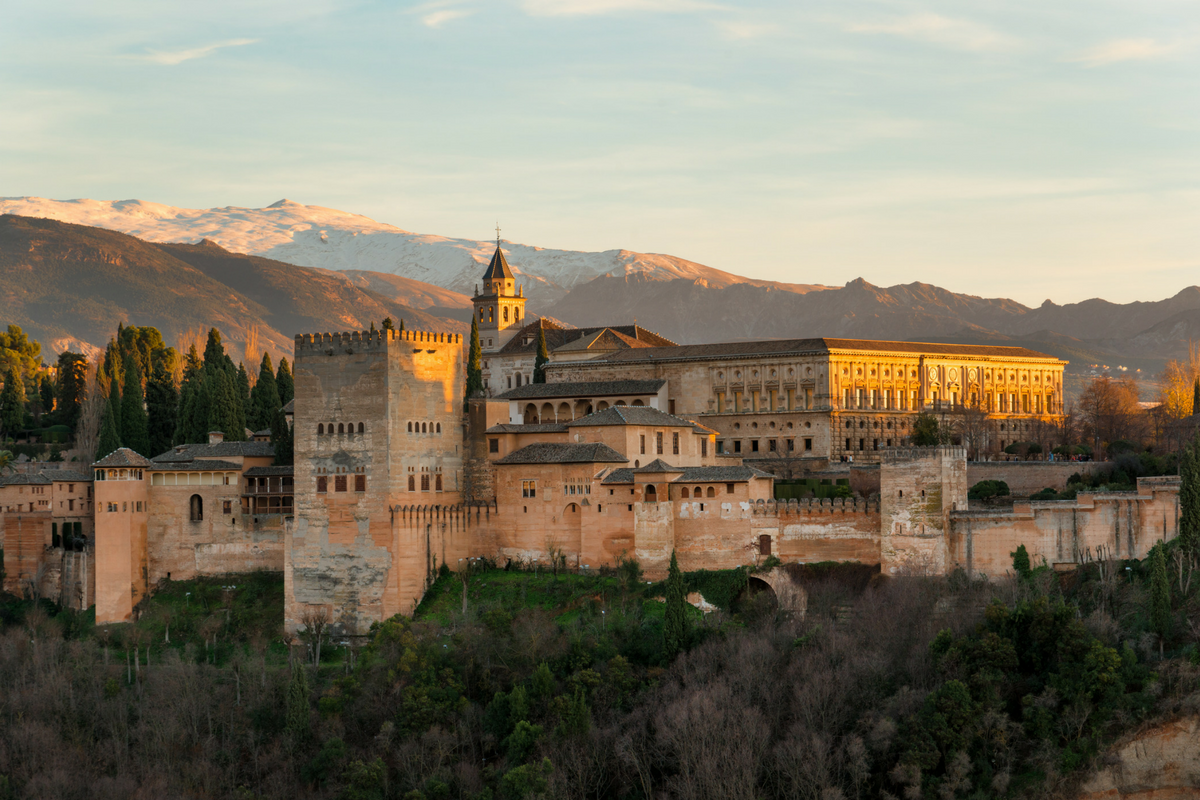 In the south of the Iberian Peninsula lies one of the most spectacular regions of Europe – Andalusia. Today an autonomous community of Spain, for centuries it was a part of the Moorish Kingdom. While it was overthrown in the 15th century, many remains of it withstood the test of time. Today, we will take a walk through some of the most beautiful Andalusian cities with Arabic influences.

A Little Bit of History

Firstly, let’s talk about the history of the Muslim Spain. Al-Andalus at its peak covered the majority of Spain and Portugal. The Arabic tribes came to the Iberian Peninsula in the 8th century. They quickly overthrew the existing rulers and took over the region. Those tribes were called the Moors. That is why today we speak of the Moorish Kingdom.

Why they were the invaders, their rule was far from being destructive for the area they took over. It is, in fact, referred to as the “golden era”. Their rule came to an end in 1492 with the capitulation of the Moors from Granada.

While their control over the area was over, the influences remain to this very day.

The last standing domain of Muslim Spain was the Emirate of Granada. It was with its fall that the Moorish rule came to an end. Today, it is Granada that we associate with the Arabic influences in the region.

While the entire city is full of them, the one building that (quite literally) rises above them is the famous Alhambra. The first mentions of it come from the 9th century. However, it became the royal residence in the 13th century.

This palace complex is not a UNESCO World Heritage Site for nothing. It seems as if its architects decided that it needs to be a true work of art. While strolling through it you will find, that almost every wall and column is beautifully decorated. The geometric and floral designs cover every corner of the complex.

But Granada is so much more than just the Alhambra. Visit the beautiful district of Albayzin (with a breathtaking view of the city from Mirador de San Nicolas) and be surrounded by the Arabic influences. While in the city go to Alcaiceria a small Arabic marketplace just metres away from the city’s Cathedral.

The next stop in your journey should be Seville. The city is known for its beauty. It’s famous Plaza de España has even been featured in Star Wars as one of the unearthly destinations.

For Arabic influences, you must go to the Royal Alcázar. Now a royal palace, it was once a residential fortress of the Arabic conquerors. It was built around 10th century. The major rebuilding of it took place in the 11th century. It is, in fact, the oldest palace in Spain. You enter it by Puerta de León, walking on to the Patio del León, a former garrison yard of the original palace. While it has been changed by the Christian rulers, many Arabic decorations and even part of the palace still remain. One of the most impressive parts of it is the Dormitorio De Los Reyes Moros (Bedroom of the Moorish Kings). It seems almost impossible to implement so many decorations in such small space, yet it is true and works beautifully together.

Another gorgeous building from the Arabic times is The Giralda. Now a bell tower of the Cathedral, it was actually once a minaret of the Great Mosque. Together with the Alcazar, it is a part of the World Heritage Sites’ list of UNESCO. Up to this day is one of the most important buildings in Andalusia.

The most recognizable site in Córdoba is the Mosque-Cathedral, called La Mezquita. The building comes from the 7th century. It has been renovated many times by both Muslim and Catholic rulers. Once a church, later a mosque, currently it serves as the Cathedral. It is the largest former mosque in Europe.

It is one of the most beautiful buildings from the Moorish rule era. Not only is it enormous, making the visitors feel absolutely astonished. It is truly a pearl of the Arabic architecture on the Iberian Peninsula. The Moors decorated it with ivory, silver, gold and comer among other materials, making it into a true work of art.

The building is best known for its arcaded hypostyle hall. The hall is filled with two-story arcades, resembling the Roman aqueducts. White columns and white and red arches leave an incredible impression.

Moving forward is the gorgeous city of Málaga with its Alcazaba. The palatial fortification was built in the 11th century by the Hammudid dynasty. It is actually best-preserved Alcazaba in entire Spain. Since it is both on the hill and in the centre of the city, it is the ideal location for getting the perfect panorama of Málaga.

Its name means citadel in Arabic, and it used to be a fortress. It is divided into two enclosures – the inner and the outer citadel. The outer citadel can be accessed through the Puerta de la Bóveda. It later goes through gardens ensuring beautiful views. The only entrance to the inner citadel is via Puerta de los Cuartos de Granada. The Palace lies inside the second walls. This solution ensured the safety of its inhabitants.

To visit those incredible sites go to www.bidroom.com and book the perfect room!