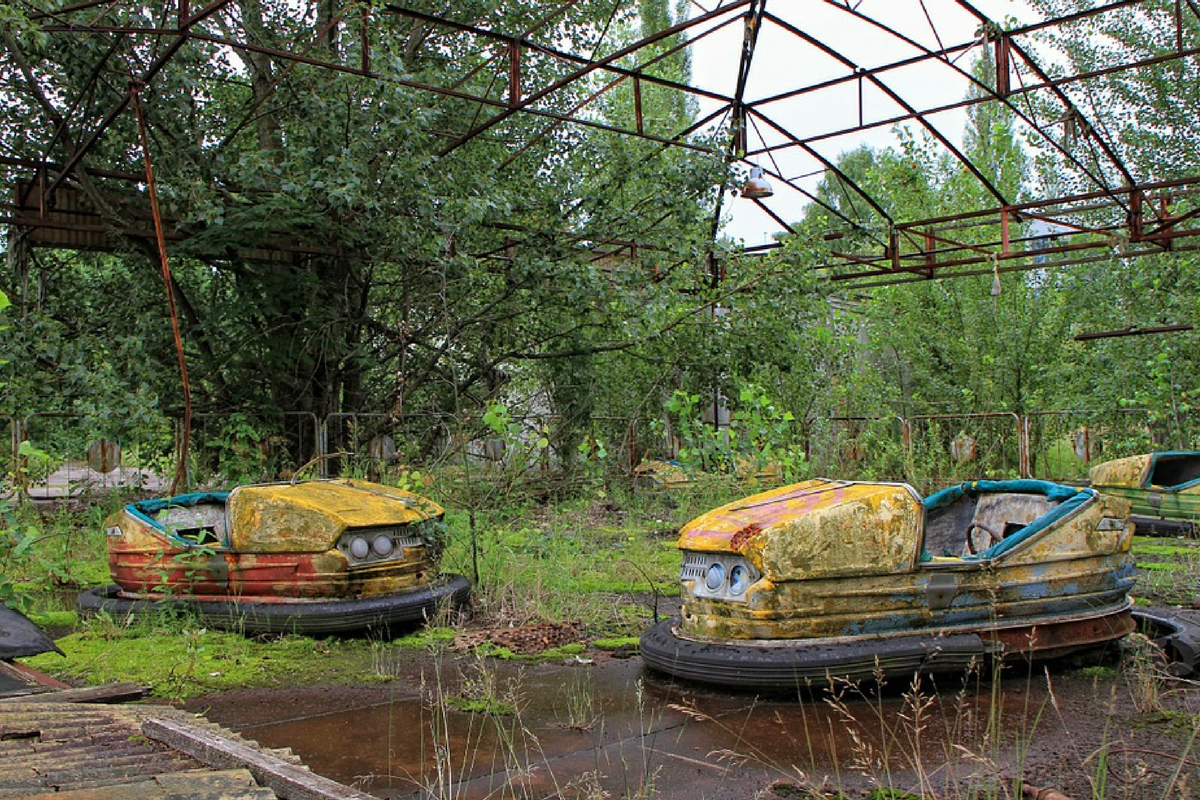 It is the responsibility of every traveller to visit the cities like Rome, Paris or New York. But there are hundreds of places all over the world seemingly unnoticeable or even sinister. Many of them are the true treasures, while many the jams for adrenaline-seekers. Nevertheless, it would be a great loss to miss them. Let us show you a few of the alternative travel destinations.

A trip to a place that underwent a nuclear explosion sounds at the very least wild. However, tens of thousands of tourists choose Pripyat in the Chernobyl Exclusion Zone as their destination. Departure to this land is definitely scary. But there is something fascinating about the post-apocalyptic landscape of this abandoned city.
An explosion at Chernobyl nuclear power plant took place in 1986. It was a catastrophe, unlike anything the world has seen so far. Even the bombs dropped on Hiroshima and Nagasaki were not nearly as toxic as the one in Chernobyl. This incident was given the rank of Level 7, the highest at the International Nuclear Event Scale. The effects of it, such as the contaminated rain were recorded all over Europe. And while there are hundreds of thousands of people living in Hiroshima and Nagasaki today, the area of the Exclusion Zone around the reactor is abandoned, although not completely.

Despite the government’s instructions to leave the area, there are quite a few people in the Zone. Some of them are power plant workers and scientists studying the environment surrounding the reactor. But there are also ordinary people there, who did not want to leave their homes. At present, 200 to 500 people call the area their home. In Chernobyl, there is a hotel and a store. There is also a St. Elijah Church, open for worshipers, with surprisingly low levels of radiation inside of it.
In general, the radiation in the Zone is not high, omitting several places, such as the Red Forest, where it reaches dangerous levels. However, it is still detectable. So if you decide to go on a trip, do not bring your favourite clothes, because you will have to throw them away later.

When we hear Afghanistan, nowadays we sadly think “war”. That has been the reality of the country for many years now. The Taliban and many politicians made the situation in the country so unstable, that visiting it today is borderline dangerous. There have been instances of tourists being injured or even killed. But many people still decide to go. Afghanistan is one of the countries where the first civilizations starter. It is the historical site that, very important on the World scale. So while it is not completely safe, the visit may be very rewarding.

Seeing places like Shortugai and Mundigak,  prehistoric towns with currently ongoing archaeological excavations is truly special. The historic Gardens of Babur in Kabul are truly lovely and perfect for the nice Sunday walk. And the National Museum of Afghanistan, despite the majority of its artefacts being stolen or destroyed, still has many of them available for the visitors. Many foreign countries are fighting to bring as many pieces back to the museum and Afghanistan as possible.

Unfortunately, many of the monuments of the country have been destroyed by the Taliban. The sad example of that are the Bamiyan Buddhas. These two rock-cut statues, built in the 6th century, were once the largest representations of the standing Buddha in the world. Huge and majestic they created an ambience of sacredness. They were also simply beautiful, enriching the mostly dry region around them. Although the original statues are no longer available, thanks to the generous donors, today the 3D light projections have taken their former place, reminding us of their beauty. All around the country people try to bring back what has been lost during the wars.

If you’ve ever seen the movie “Into The Wild” you’ll understand why we had to include Alaska on our list. The USA is a huge country, and with places like California, New York or Hawaii, many people seem to forget about Alaska. But this wast and mostly wild land is actually one of the most beautiful places on Earth and the perfect alternative to the other preppy and sunny states.

Alaska may not have many big cities, although you’d miss out on a lot if you would never visit Fairbanks or Anchorage. Not often when in the largest city of the region you can see moose walk by and hike on a glacier. The true beauty of Alaska and its cities lies in its nature. Because the state is so big and there are so few cities and not many inhabitants, its wildlife is thriving. Anchorage has the national parks all around it, while Fairbanks is the perfect spot for observing the night sky, especially during aurora borealis.

Alaska is the perfect destination for escaping the busy city life and enjoying some peace and quiet. If you find yourself in the need of a breath of a fresh air, this is the place to go. And who knows, maybe you’ll find yourself between the glaciers and the mountains.

Going to a place called the “Death Valley” sounds pretty crazy, but not being particularly friendly to its visitors, this national park in the USA is one of the most beautiful natural wonders of the country. The most famous feature of the valley is the unusually high temperature. The air temperature reaches up to 50 ° C, with the sand warming up to even 94 ° C! It is the hottest place on Earth, with almost no shade or water available.

But aside from not being a place to settle down in, the Valley of Death is a home of many very interesting rock formations, gorges and hills. Together they create a rather spectacular landscape, often compared to that found on the Moon.
Despite sounding rather bland, Death Valley has plenty tourist attractions to offer. The great example is the Artist’s Palette. This group of rocks located in the heart of the valley is characterized by their unusual colours. Thanks to the oxidation of various chemical compounds we can admire the rocks in the colours such as red, violet and green, that create a wonderful view. Another interesting spot is the Racetrack Playa, a dry salt lake famous for its “wandering stones”.

And while you’re in the valley, make sure to visit the underground. Namely the Devil’s Golf Course (it’s actually an enormous piece of the valley floor with the soil with extremely hard and sharp edges).

The World has plenty more to offer than just pretty cities with famous buildings. And while those are amazing as well, sometimes it is worth it to step out of your comfort zone and explore what lies behind it.